Time Is On Your Side (Yes It Is) 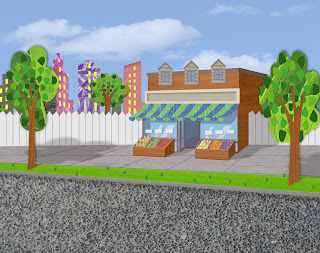 The most common reason to NOT make a film is a shortage of time. A lack of resources (equipment or money) has long been eliminated in this age of computer animation. We each have a computer so indie films have never cost less to produce than presently. So, a shortage of time (or energy) is now the only reason NOT to make a film. While we could stop the conversation right here, I aim to probe deeper.

What does it mean to not have the time or energy? I can offer up the following possibilities:
-You have an old fashioned view of work. This means you believe “work” is something you do for other people in exchange for money.
-You invest ALL your creative energy in “work” for other people, leaving none of it for yourself.
-You’d like to make a film but there just doesn’t seem to be enough time because of other responsibilities.

Very little about making an animated film is quick or easy. Those of us, who do, make films because we HAVE to. We have the same shortage of time as most anybody else. We also juggle work commitments and other life responsibilities to squeeze out any available time into our films.

The ultimate irony is that making an indie film is not something separate to one’s career. It’s in full support of it. A film allows its maker to explore areas that they may never even come across in ten years working in the field.

A quote from Michael Sporn well sums up the allure of making indie animated films for me (although he is speaking of the art of animation in general):
“Animation has the potential to be the greatest of all the arts. It combines drawing, painting, music, acting, photography, and computer art. Anything you can think of can be combined by the animator to be used at his or her disposal.”

An independent animated film not only incorporates all of Sporn’s artistic descriptions above, it also affords one a chance to play producer, deal-maker, supervisor, book keeper, and countless other roles.

The most amazing thing of all is that you don’t have to be Bill Plympton to see a financial return for your indie film. Two case studies from my two newest shorts bare this out. When I finished “Good Morning” in 2007, one of the first things I did was to mail DVDs or links of the short to friends, colleagues, producers, and development executives. Two development executives at one network liked the short so much that they asked me to interview to direct their new series pilot. I competed against two other directors and my film helped give me the edge to land the job. The pilot still has a strong chance of going to series and I am in line to direct if it does. (see image of a BG above from the project designed by my dad and I).

My current film is not even completed yet, but whenever I meet with a new contact or client, I show them some QuickTime movies from the short in progress. At one such meeting in April, I showed a thirty second clip from my new film and it must have planted a seed because I was just engaged to animate/direct a self-funded pilot for this client as a result. Incidentally this new project, when combined with my teaching income and other miscellaneous funds, allows me to earn a living wage for the fall/winter. Best of all, I still have time to finish my latest short, which I plan to wrap by early October.

I may not be an acclaimed indie animation filmmaker on the level of Bill Plympton, Pat Smith, Signe, PES, Debra Solomon, Michael Sporn, Andy London, Emily Hubley, or others, but my humble shorts (and the opportunities that they have helped grow) are one of the reasons I’ve been able to build a career in this industry, stay inspired, and remain employed through good times and bad. The same thing could be true for you. All one has to do is get over the idea that they don’t have enough time. Time is not something you find (like your keys), its something you make.
Posted by David B. Levy at 7:13 AM

I am on the verge of wrapping up the current film I'm working on.

You'll be among the first to see it (if you like).

And, thanks for the plug on frederator.com, Fred. I visit the frederator blogs every day.

Elliot, can't wait to see the new film. Don't forget to enter it at the ASIFA-East fest. Deadline roughly the first week of March.

Do you aim to inspire on a weekly basis, Mr. Levy? I am currently plugging away HARD on a short and trying to forget how much further there is to go. It really is about making time, about developing the habit and deciding you have a need to do the work. That's all it takes! That and a knack for being antisocial for stretches of time.

That said, for me writing is the most difficult artistic element to develop. It is also the biggest reason that you left out that someone might give for not making a short film; some people simply don't have anything to say! (To be sure, this even applies to experimental animation, where some sort of idea or another has to be expressed and fleshed out.)

Storytelling is a difficult art to grasp and master.

Hi George,
Not being a writer is NO excuse for not making an animated film. My last film, Good Morning, was a music video. People can animate to anything without having to write a word. One can animate to abstract sound, documentary audio, etc...
If someone wants to make a film, they will. Or, they can team up with someone else who is a writer. People who want to make films do and are. The rest can join us as soon as they realize that they can.

Agreed.
I've not written or boarded a single one of my films.
They've been mostly intuitive (which is perhaps obvious...).

Thanks for the inspiration, Dave!

One more note: "writing" is an overrated and misunderstood word." Composers "write," illiterate blues singers "write." George calls it "storytelling." And he tells it like it is, mostly people who make films, make novels, make songs, these people have something to say, they're the people who "write." Whether it's with a computer keyboard, a pencil, or a guitar.