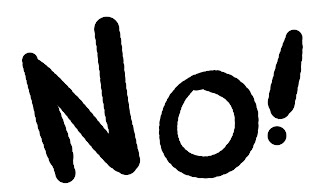 The older I get the less interested I seem to be in mainstream animated features. For instance, despite the fact that lots of people recommended it, I never did get my butt to the theatre to check out How to Train Your Dragon. And, it's not because of an anti-Dreamworks bias. I liked Kung Fu Panda, but, even if you've seen and enjoyed a few modern mainstream CGI animated films, after a while it becomes impossible to keep up with them, and more importantly, apathy can set in. A good CGI animated feature is like a decent piece of bubble gum. While chewing gum brings some pleasure, it doesn't mean that I need to try every new gum that wads up on the bottom of my shoe. I don't have that kind of interest in gum, shoes, or in these animated features.

This doesn't mean I'm not seeing other types of films playing in theaters. My wife, who has a far wider knowledge of cinema than I, has been a good influence on me–– expanding my horizons to take in more diverse films from the past and present. We recently attended theatrical screenings of a pair of Weimar Germany-era silent classics Diary of a Lost Girl (1929) and Metropolis (1927), the gripping B-movie noir classic, Nightfall (1957), as well as a pair of recent documentaries, Joan Rivers: A Piece of Work and Two in the Wave, which is about French New Wave directors Godard and Truffaut. 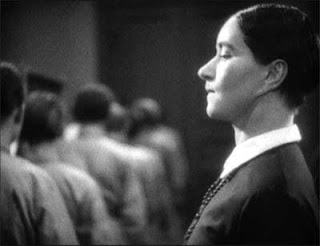 *image above from Diary of a Lost Girl.

On DVD (thank you Netflix!), we just watched Sydney Pollack's thrilling Three Days of the Condor (1975), William Wyler's tense drama The Children's Hour (1961), Roman Polanski's haunting Repulsion (1965), as well as Mel Stuart's appealing and light If It's Tuesday, This Must Be Belgium (1969). 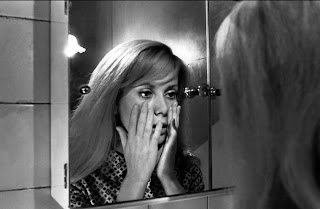 *image above from Repulsion.

When you explore the whole spectrum of films that are available to watch, (even if it's just putting a toe in the water like me), it can give you a new perspective on the mainstream American animated feature. In short, when did the facial expressions and body language of "funny man" Jim Carrey replace our once-cherished The Illusion of Life? When did every animated character start moving, acting, and behaving the same way? Need an example? Check out the trailer to Disney's upcoming Tangled. I'm not the first to observe that in mainstream theatrical animation attitude has replaced personality, and formula has replaced storytelling. In short, to compare the modern mainstream animated feature to the caliber of live-action films my wife and I are taking in, is like comparing balloon animals to Michelangelo's David.

I realize that cherry picking from a hundred years of live action cinema doesn't make for a fair comparison to modern day animated features. Perhaps if I took in more of today's mainstream live-action films I might have the same reaction. I only single out animation because it's what I do and what I care about most. And, as a sign of respect to it's potential I want to compare it to the best in cinema, not simply to other animated features. 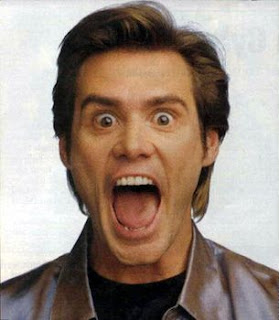 Is this the face of today's mainstream animated feature?

I sometimes feel like tuning out all these modern animated features. That's one option, but it carries its own burdens. Fully blocking out mainstream animation can disconnect me from the current scene, which is like leaving myself out of the conversation. With that in mind, I'll still make it to a couple of these animated features a year...if only to see what's not right with them. That's an essential thing to do if your goal is to create better works that may help to grow the medium and the art.

I don't think you can create art without dissatisfaction. You have to want to do better than what's out there, or at the very least add your own vision or voice to the mix. Don't get me wrong, I think it's wonderful that so many of the highest grossing features, these days, are animated. Lots of talented artists are employed and getting to earn a living in their chosen craft. And, while employment on high-profile projects is a dream come true, its wrong to assume these same artists have zero influence on the types of films their studio's make.

It's not such a far-fetched idea to imagine feature animation artists and directors pushing for something new. Once upon a time Disney innovated by allowing it's new generation of artists make the films they wanted to make, even if it meant slogging through The Black Cauldron before they could get to The Little Mermaid. Don Bluth and his followers believed so strongly in fighting for the films they wanted to make that they walked out of their jobs at Disney, putting everything on the line for their beliefs. 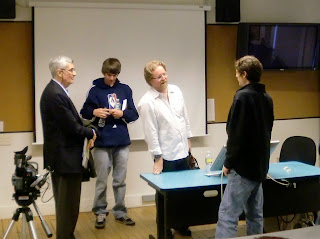 More recently, Pixar created an animation revolution with the original Toy Story, not by imitating then-popular formulas, but by doing things their way. Pixar director Andrew Stanton told NYU students that when Pixar was crafting the original Toy Story the first step was to create a "No" list. On that paper was everything they didn't want to imitate about what was then a very popular and successful formula at Disney (such as including "The Happy Village Song," the "I want song," a Broadway style score, a love story, etc.).

An excellent piece, David. It's impossible to even think of comparing one of these current cookie-cutter animated features with the likes of Repulsion or The Children's Hour. (I'm not quite so sure about If It's Tuesday, This Must Be Belgium.)

As an Academy member I get free copies of all of these features. Yet I'm still selective about what to watch. The two hours is more valuable than my money, and wasting that time is a sin. I could've been watching Metropolis again.

I was really excited for "Tangled" until I saw the trailer. I was a little hopeful at first with their new push to give the "prince" type a more active role and to make him a non-traditional hero, but it looks pretty bad.
Albeit, I was mostly excited because the samples I've found of the backgrounds are ridiculously gorgeous.

Catherine Deneuve is so beautiful in Repulsion.

That's one of the big reasons why it works.

Jim Carrey's contortions are incredible in Dumb and Dumber -that's a big reason why we laugh at him.

Now, do one of those thing well in animation: sublimely beautiful woman or crazy rubber faced man.

One is definitely easier. A wrong line make and pretty lady into an old hag. If Alladin's Genie goes a little out of whack he's none-the-worse.

Michael,
glad you enjoyed the piece. And good point on the time factor. It really does come down to how much time of a life can you devote to sitting with product like this. I totally get parents bringing their kids to their films and young people on dates enjoying them, but as time ticks by there seems to be better things to do. Still a little guilty pleasure now and again isn't such a bad thing.

Richard,
Good points on what animation does well and what it has trouble with. But, my argument is more that the mainstream feature is in a rut in regards to storytelling, characterization, and that it would behoove us all to push for something better instead of to accept things as they are.

nice article dave...very valid points..... though I really did Like How to train your dragon..

Netflix and the library are my primary resources for DVD rental (Netflix especially for the hard to get stuff).

There's nothing wrong with comparing animated features to live-action features. In fact, even Pixar looks at live-action for reference. Lee Unkrich recently stated that for TOY STORY 3, they watched a lot of old escape movies. But even on that note, when I saw TOY STORY 3, I was exacerbated by the trailers they showed before hand. TANGLED looks less excited than I was led to believe. And what's all this nonsense about alpha and omega wolves?

There is a lot of monotony in some animated features, and you wonder how much influence the artists get to have. A lot of new mainstream movies are very sterile to me. There's maybe a few to appreciate in the pile, but otherwise, some I neither have the money, the patience, or the "All-American good boy" interest to see.

The trailers that accompanied Toy Story 3 was, in fact, part of the inspiration for this post. On your point wondering how much artists get to influence these features, I'm sure we'd all agree that the answer is "not enough."

But, that's precisely my point. Artists can have more of influence but they have to want it. It's happened before. This isn't fantasy or idealism. It can happen, but, artists have to push for it. To do this it requires being dissatisfied with what they are doing and use any means they have to seed in better ideas, new options, different ways to tell stories, different types of stories to tell... the list goes on and on.

Having just seen Toy Story 3, I would think that Pixar needs a new "no" list.

Excellent article David. Thanks for sharing. :)