The Trouble with "Name That Tune" 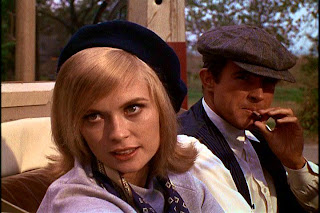 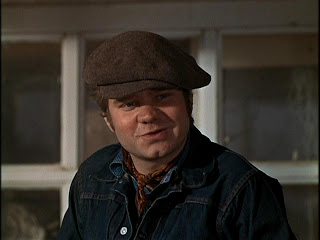 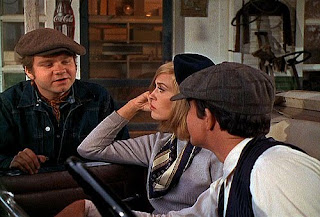 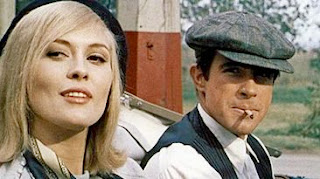 Forgive another post comparing an old live action movie to today's animated features, but I am once again moved to do so. I recently caught a screening of Megamind, not because I was burning with curiosity nor was it because I had $12 burning a whole in my pocket. I happened to have a 3 hour gap between errands and teaching at NYU, so I figured, "What the heck." I had no expectations going into the film. I'm not a "hurray for all things animated- guy." But, I try to keep an open mind.

Megamind was okay at best. At times entertaining, but awfully forgettable. Sort of the definition of "meh." All the characters were animated capably, but with that modern day, feelings on their sleeve method. We can trace this method of animation acting back to 90s era Disney, and I think this problem is just what Miyazaki is talking about when he said that Disney sets the bar too low. In short, viewers are not supposed to think anything on their own or be required to add their own humanity to the performance they see on the screen. So we get superficial attitude in place of nuanced acting. At Disney, this form of animation acting, calling it, "Name that Tune," with the idea that every drawing is supposed to be a neon sign blaring the characters inner most feelings in the most cliched and over the top manner possible. Sure, that could be a fine approach to a specific character in a specific feature, but the way it applied across the board is a mistake.

The deepest most heartfelt moment of Megamind is (spoiler alert) when Tina Fey and Will Ferrell's characters have a sort of parralell moment. They each visit the Metro Man museum to deal with their melancholy feelings. There's lots of quiet and long scenes of them walking through the lonely cavernous space. While the sequence was heavy handed (this is super hero territory after all), it's the films most moving moment. Yet, it's ironic that it was achieved through layout and cinematography and not via character animation. Of course, there are many components in a film, all of which help tell the story. But, I couldn't escape the fact that the filmmakers' best conveyed emotion when their characters were barely on the screen.

Two weeks later I finally watched a film I had been meaning to see for years, a classic film from over 40 years ago, called Bonnie and Clyde. There's a scene in the film that I'd like to talk about, one that goes against Disney's "name that tune" school of drawing and everything that the modern era of animated features stands for. Bonnie and Clyde, played by Warren Beatty and Faye Dunaway, drive up to a a depressed backwoods gas station where actor Michael J. Pollard fills their tank with gas. Bonnie and Clyde spot a fellow conspirator in Pollard, and Dunaway seductively explains to the simple man that their car is stolen and that they're bankrobbers. Pollard's reaction to hearing all this is to twist and turn uncomfortably away and air punch at a gas station post. He's sporting an uncomfortable grin and his glances back at Dunaway remind us of a little child. His reaction goes on for a long time––a unique reaction to the information he's taking in. At the conclusion of the scene, Pollard robs his own cash register and donates the cash to his new partners in crime, just before jumping aboard their stolen car to ride away with them.

Now what boggles the mind is that animation can do anything. It can get into the soul of a character in a way that even a human actor cannot. Animation has its own properties of telling a story that are custom ready for an audience to engage with and project their own reality and life experience on, roughly to complete the experience. But, the audience can't do this if the film follows the "name that tune" school of animation because such a technique makes the viewing experience a passive one. There's nothing for the audience to think about on a deep meaningful level. Instead you get a sort of "animated fast food" experience. There's nothing about full or traditional animation that requires going down this path. Dumbo's sad and dazed expression as he walks to the water barrel with Timothy mouse (right after they visited Dumbo's incarcerated mother) comes to mind. What about that is cliche? There's so much sorrow in the little Elephant's face. So much thought behind his eyes.

All of this begs the question of why such formulas (like "name that tune") are being used in the first place. I see the value in getting the artist to conquer the blank page to dive in and draw, but at worst it encourages cliches in how it values instant readability above all else. If we are truly capturing the illusion of life, how is this form of instant readability compatible with that? Michael J. Pollard's anguished reaction to being tempted by the romantic and exciting life of crime (or should I say, re-tempted, because his character's backstory was that he had already spent some time in jail), would never pass mustard in the "name that tune" scenario. This is because it forsakes cliches, achieving humanity. And, while you could say that comparing animation to live action is comparing apples and oranges, there's a lesson in here we'd be wise to learn and apply.
Posted by David B. Levy at 6:15 PM

I think it's slightly unfair to categorize this as an "Animation" problem.

Any movie at all, live-action or animated, without meaningful subtext written into the script will have its actors "naming that tune".

I have to respectfully disagree, Jim. Although its true that a cliched approach can appear in writing, music, or a live action film, when it comes to the modern animated mainstream feature it is the dominant style of work. And, that's a shame, and one that holds back animation potential along with robbing it of what it does best.

Sorry, I should have clarified a little.

I think it's slightly unfair to categorize this as strictly an animation problem.

I do agree though, that when the story contains a good amount of subtext, it is much easier to lose that subtext when translated to animated performances and much easier for a live-action actor to convey that subtlety.

Elliot, I think when it comes to commercial animated features that's the only way its being done (just looking at the American scene of course), but I wouldn't say the same thing about live action films.

Just two examples from this year for me that prove the rule that not ALL live action films follow this pitfall: "You Will Meet A Tall Dark Stranger" and "Social Network."

To my eyes, the mainstream animation feature seems to be the ultimate missed opportunity, while each year there are great and diverse live action films with non cliched acting.

I thought the best moment in Megamind as far as character animation is concerned was the scene in the rain where Roxanne realizes Megamind was the librarian guy. When she walks away all pissed off and looks back, that's gotta be some of the best animation I've seen out of Dreamworks. I felt the emotion there.

Eisenburg was pretty flawless in Social Network. I even like Justin Timberlake.

Animators are by nature myopic beasts. It's a strength (our skill for observation) and a weakness (our penchant to visually explain everything explicitly). The problem arises when we can't or won't do the first (observe) but we still feel compelled to do the second (explicitly fill in every blank). Enter cliche'. And the current system doesn't give us much room to not try and fill in the blanks with cliche'. Modern animated feature films are exercises in literalism. There is precious little room for subtext or inference, even less room for ambiguity. Especially in CG with it's adeptness at achieving measures of visual reality. It's a suffocating form of narrative that is expressed in everything from the acting to the motion to the lighting, texture and plot. There's just no room for interpretation, no invitation to 'fill in the blanks' because there are no blanks. I've been in the trenches of development on enough projects to know this. The slightest ambiguity is considered a failure, not an opportunity. Until we are comfy letting a moment be more open we'll never be free from shoe-horning in tired cliche's.

Well said, Keith. I think you hit the nail on the head!
Hmmm... maybe the answer is in a the new lower budget animated feature model some are experimenting with, although I wonder how low the budget can go with CG features? Either way, lower budgets should allow for greater risk and more diversity in subjects and art direction.