It happened in NY Animation: 2010 Edition 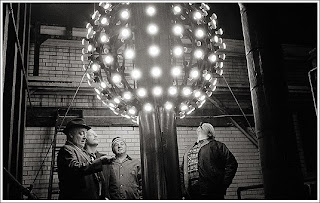 I can't say I have anything to add, Dave. However, I will make it a New Year's Resolution to get something onto this list next year. How's that?

There's so much good stuff going on that can never be fit into a single list, so mine is far from complete. But, I do accept fifty dollar bills if you want to make certain that next year doesn't get away. Just kidding! : )

Resurrection indeed exists !!
Thought I'd drop a note and toss in that with the help of Framestore/NY doing the production, I designed & directed "Speedy Alka-Seltzer" for a campaign of 3 spots ! We wrapped on the final one just last week !

I loved to see that our RIT class made 'the list' thanks! I know we all appreciated your efforts.

We're all glad you're still kicking too, Michael.

Thanks for the news, J.J. Sounds great, and congrats!

Molly, I hope all going great! Hope to see you and the R.I.T. gang at the next ASIFA events...