Make Mine Not Music 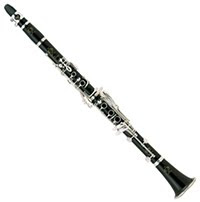 One topic I’ve covered (maybe too infrequently) on this blog is the idea of that you have to be your own advocate and look out for your needs.

I played clarinet in grammar school (for reasons I still don’t understand.) Maybe it was simply for a change of pace from playing with Legos. But, this exercise in futility caught up with me in Jr. High, because one could only take either band or art, not both. Sticking with my obligation I didn’t have any art classes for 7th and 8th grade. By 9th grade it was finally clear to me just how stupid that was. So, I asked my guidance counselor what I’d have to do to drop band to take make room for art class. All I needed was the band teacher’s signature. Not so tough, right?

When I showed up in his office with the form in hand, he took one look at it and winced. “I don’t have to sign that,” he said, before asking me why I wanted to quit band.

“Because as long as I’m taking band, they won’t let me take art. Art is important to me.”

He reminded that band is just as important. So I told him that I was going to have a career in art, not music.

That didn’t change his mind. He still wouldn’t sign it.

Okay, that’s not true, but I did come up with this snappy answer, telling him:
“I’ll be back in your office every day until you sign this paper.”

Threatening him with my steady company must have done the trick because he snatched the paper out of my hand, signed it, and told me to get out. I left with the paper and a first victory in being my own advocate.

It would be nice to say that from that point on in my life and career that I never missed an opportunity to be my own advocate, but that would be a lie.

For instance, my first two layoffs in the business caught me by surprise because I had nothing else lined up. Don’t get me wrong, you can’t always have work lined up, but you can always have ready “connections” to other work. In this area “being my own advocate” took the shape of joining ASIFA-East, which allowed me to network with other animation folks––something that has a way of generating opportunity on both sides of the relationship. Even embarking on personal creative projects is a form of being your own advocate because it’s self-development. So this “advocate” concept encompasses a lot: from sticking up for yourself and your needs, to taking all career-enhancing matters into your own hands.

Otherwise, you might end up playing the clarinet when you’d rather be holding a paintbrush.
Posted by David B. Levy at 5:21 AM

I can't help thinking about the rotten state of education that put you in an either/or situation.

Good point, ROC. That is sad.

in the 6th grade my school had band tryouts. i had always wanted to play the timpany drums and tried out but bombed my audition and didn't make the band. i still remember walking down the hallway of highland elementary school, devastated, to go back to class. it just happened to be art and i've never looked back.

Sometimes I hold the clarinet because a paintbrush doesn't appear that often. But once it does, I put the clarinet in the closet for a long time!

that anecdote would make a funny little animated short. i can imagine you taking out a .44 magnum and shooting the band teacher (all in slowmo).

i've done that to more people than i'd care to count. Only in my mind of course :)