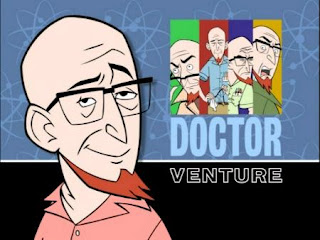 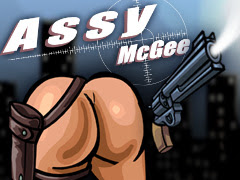 
Ever since the days of Roger Rabbit in 1987, the entertainment industry has been trying to make and market animation specifically to the tastes of young adults, while hoping to also sweep along viewers in their 30s and 40s that still collect comic books and action figures.

Once upon a time MTV animation had a ground-breaking vehicle to showcase innovative animated programming for young adults. It was called Liquid Television and it was the launch pad of cheap acquisitions such as (then unknown) Mike Judge’s embryonic Beavis and Butthead. As we all know, the unlikely duo grew into a massive hit show of their own. The trouble started when development executives ,TV programmers, and network presidents tried to build a line up of animated programming that might keep viewers glued to their seats. Towards this end, MTV employed a lot of NY animation artists, built a studio, spent a lot of money, and (famously) rejected a show created by a new pair of unknowns named Matt Stone and Trey Parker, called South Park. MTV animation, despite some modest success with Celebrity Death Match and Daria, largely survived off the vapors of Beavis and Butthead. In 2001 they gave up the ghost and closed shop.

But, who was to claim the audience primed on years of Beavis and Butthead. Sure, South Park landed on Comedy Central to major success, but (like MTV) this network had trouble expanding the lone hit into a programming block. Lots of misfires stacked up and other niche cable networks jumped onto the bandwagon (Sci Fi network’s Tripping the Rift, anyone?) Then came the bizarre attempt by Spike TV to debut it’s block of animation as if animated cult hits could just be made to order. Anyone remember Gary the Rat, This Just In, and Stripperella? Most recently, MTV animation rose from the dead, plugged in a bunch of wacom cintiqs, and hired an awesome New York crew to create an 8 episode series called Friday, which they dumped off the air after one or two broadcasts.

No network (or even web destination) was able to crack the code and create an animated line up that could consistently deliver the goods to this fickle audience. That was slowly about to change. In the early 1990s, Cartoon Network quietly debuted a late night show called Space Ghost Coast to Coast. The odd show repurposed character names and designs from a largely forgotten Hanna and Barbera cartoon from the 1960s and re-imagined its stars as the animated hosts of a late night talk show. The show began to develop a following and became the seed for a whole night of programming that would later be called Adult Swim. Where all other networks have failed, Cartoon Network’s Adult Swim line up has spawned hits such as Robot Chicken, Aqua Teen Hunger Force, The Venture Brothers, and several others.

The Venture Brothers, created by Jackson Publick, launched as a series in 2003, becoming Adult Swim’s first New York area production. This summer it was followed by Assy McGee (co-created by Carl W. Adams), a production of Boston-based Clambake Animation, but partly remotely staffed by New York area freelancers, including myself. Soon to begin production is a third New York series called Super Jail, created by Christy Karacas and produced at Aaron Augenblick’s studio in Dumbo.

Why has Adult Swim succeeded where others have not? The answer may be that they don’t try to make cult hits. There is no pandering to the audience. In fact, like a good punk band, Adult Swim sometimes even displays contempt for their audience. After all, they did recently mix reruns of Saved By the Bell “ironically” into their programming line up. Adult Swim’s development executives green light and produce shows that amuse themselves much in the same way Chuck Jones, Tex Avery, and Bob Clampett (working in the Golden Age of Hollywood animation) made shorts.

Adult Swim is about to take a victory lap by expanding its programming reach to seven nights a week. Surely, MTV, Spike TV, and Comedy Central will be among those watching.
Posted by David B. Levy at 8:06 PM

Maybe ADULT SWIM hasn't been as successful as we might think. The rumors continue (despite the protests) that Cartoon Network is thinking of retooling drastically and not renewing many of their current programs in production. I wonder if those rumors would exist if the shows were THAT successful.

I needn't go into depth to tell you what I think of the shows. Let me just say that the writing is not in the same league as South Park. Actually, I could probably say the same about the animation. Couldn't at least - at the very least - ONE of them have good design? Cartoon Network has turned vapid and moronic. Their solution is to turn it all into live action shows to compete with the Disney Channel. It's all so pathetic.

Gone are the days of Ted Turner and the class he brought to television.

There was also an animated show at MTV in '97 by Pete Bagg based on his comic book "Hate," which was canned before it ever aired. How many other possibly great shows were abandoned that we'll never see or know about?

It always baffled me how MTV managed to totally drop the ball on animation. Didn't Ren and Stimpy also play on MTV as well as Nick? There was a decline after Beavis and Butthead. I remember something like "The Gross Brothers" -- I could be wrong on the name. But it didn't go anywhere. Dahria irritated a lot of male viewers. And then it was over. No rock, no animation, nothing but Real World at the end of the century.

MTV had lost its edge, and it had taken animation with it. It used to have those great bumpers will Bill Plympton's work. Another one that blew my mind was a really quick black and white cartoon that yelled out uno! dos! tres! quatro! and then the MTV logo appeared -- forgive me, I don't know who the artist was.

Liquid Television was out of control. There were cartoons, puppets, clay. I loved Charles Burns' comics, to see his work on TV was fantastic -- although I was surprised Dog Boy wasn't done with animation. My friends and I just got the feeling that MTV got it, or that they got us. Here was programming that forward thinking, experimental, and above all... fun!

I've got to agree that Adult Swim is doing the Lord's work (or MTV's work). Metalacolypse is one of the funniest shows I've seen ever -- Brendon Small is brilliant. I'm totally hooked on The Venture Bros. I've read there's a show coming from "Underworld" weekly comic strip artist Kaz. LONG LIVE ADULT SWIM!!!!

Michael and Cliff, thanks for the comments.

Michael, I couldn't agree more that South Park has outstanding writing. I'm also impressed with Assy McGee's scripts and wonderful audio editing (but, I'm biased because I'm working on that show) and I love The Venture Brothers scripts as well.

I'm not an expert nor a fan of everything Adult Swim does, but oddly enough, I think that's almost the intention. They are not trying to make Everybody Loves Raymond. These folks are just amusing themsleves in a form of freedom rearly given to development execs. Adult Swim remains the only channel or desitnation that's been able to build a successful programming block and secure a loyal viewership of this elusive audience.

It is distressing that live action is creeping into the CN's agenda but, Amid has that covered pretty darn well on cartoonbrew.

Cliff, I believe you were referring to the Brothers Grunt which aired on MTV very briefly right after the Beavis and Butthead success.

I agree with most of the stuff being said here.

I enjoy a lot of the stuff on Adult Swim. I thought of it, but you are right, Mr. Levy. These guys are really just making animated shows for themeselves, just like Warner Bros. did. Although I also agree with Michael Sporn, that maybe sometime soon one of them could do an interesting looking show.

But the sad truth is that Cartoon Network is turning corners. The way I see it, Cartoon Network will fall flat, and then another network will come along with great animated shows. Then after maybe ten years, that network will fall flat. Its all one big cycle. It occured with Nickelodeon and MTV animation. The newxt new waves just keep coming.
Adult Swim is still in its prime. Lets enjoy it, and if possible, protect it.

Sorry, David, but if I watch any episodes of a show called "Assy McGee" it's only to get an idea of the work my friends are doing. Otherwise, I wouldn't allow my remote to stop on that channel. I don't have much room for puerile on my tv.

I always felt that shows like south park and early adult shows relied on strong writing, and the crude looks of the shows resulted from a quick turn around and low budget. Which brought charm to the look of these shows. I always felt that after these successes, executives or whoever in charge, tried to emulate this by forcing a crappy look or crudeness to the writing that just comes off as stupid rather than a case like south park for example whose crudeness is clever and charming. I hope this made sense, I very rarely contribute to these statements, but I reead your blog and thought you said some very interesting things most of which I agree with. Thanks, awesome stuff!

I think we're all in agreement that strong writing/humor/point of view can overcome graphic and animation limmitations. Animation is such a curious thing. It can be used as the Disney artists used it, to create the illusion of life, or it can be used to create a more abstract satirical reality. Economic reasons push TV animation into the latter category.

I don't think anyone who first saw Beavis or South Park (or even the early Simpsons) was attracted to those shows for their graphics or production values. Over time, we can't imagine these shows looking any other way. As always, when we're sucked into a story, the technique vanishes...