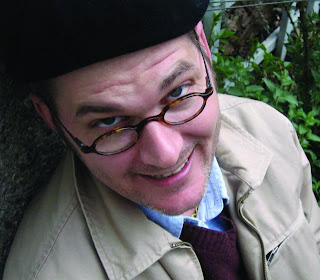 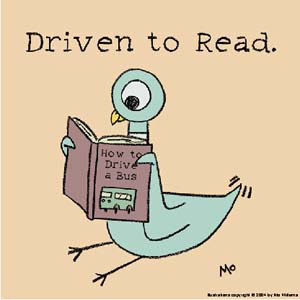 I have to confess that I’ve been smitten with the work of Mo Willems since I first met him in 1995. He was in his Suzie Kabloozie faze of his career back then, making short films for Sesame Street at New York’s Curious Pictures. One look at Mo’s NYU student films made me immediately rethink my choice in SVA. Unlike my classmates and myself, Mo had emerged as a wonderful filmmaker while still in school! His films such as The Man Who Yelled, Iddy Biddy Beat, and Another Bad Day For Phillip Jenkins became instant favorites with me. In Mo’s own estimation, he wasn’t much of a draftsman. In my eyes, Mo didn’t have to be. If he didn’t draw the best drawings, he drew the right drawings. And, unlike other animation filmmakers looking to patch over their flaws with fluid animation, Mo seemed to draw as few drawings as possible.

It’s interesting to note that in the formative years of his career in the early 1990s, Mo was drinking from the same water that must have been inspiring Gendy Tartakovsky and Craig McCracken (Dexter’s Laboratory and Power Puff Girls, respectively) on the other coast. A good window into the difference between the New York and Hollywood mind set might be how Mo injected his UPA/50s graphic influence towards projects that were far more personal and sensitive in nature.

While Mo’s films were child like, they weren’t always for children. And, when they were for children, he certainly wasn’t talking down to his audience. Mo’s gifts weren’t lost on Sesame Street where he made dozens and dozens of films over a period of years, culminating with the recurring award winning Suzie Kabloozie films. If Suzie had been allowed to grow up, she may have entered the world of Mo’s next network creation, The Off-Beats, which ran as a segment of Nickelodeon’s Kablam. The Off-Beats seemed like a more cerebral and abstract Peanuts. I loved these films, which, for my money, were the reason to tune in to Kablam.

Mo’s career fascinates me because it seems to follow a relatively straight line towards an obvious conclusion, an animated series of his very own; Sheep In the Big City. The unusual show ran two seasons and still enjoys a cult audience to this day. It was an odd mixture; one part blank-eyed titular character pushed around by a noisy narrator and an even noisier general, while the other part being more of an animated Saturday Night Live. Sort of two shows smushed together to make one. Lots of the SNL-style sketches are cute and inspired, but something about the process of animation itself (and all its planned-out months-ahead-ness) sort of sucks the life out of a comedy sketch. In the medium of animation it’s difficult to get a feeling of spontaneity into an SNL sketch-style film. Since the days of Mo’s series, shows like Robot Chicken have successfully pulled it off but only after becoming a barrage of pop culture parodies. Mo had something more dignified in mind with his sketch writing. In the little lamb, Mo crafted a stone-faced character in the tradition of Buster Keaton. This non-verbal character broke ground on cartoon network but, often posed more challenges than it offered benefits.

In Sheep’s last season, a new director named Tom Warburton came aboard and a year later, Mo became Tom’s head writer on a new Cartoon Network show, Code Name: Kids Next Door (KND). Legend has it that Tom helped speed up Mo’s show and Mo helped slow Tom’s show down. On KND, Mo grinded out script after winning script. The show was big hit with it’s audience, becoming the only giant new hit cartoon since SpongeBob SquarePants and The Fairly Odd Parents.

Having reached a career pinnacle with his own show and having more than met the challenge as the head writer of KND, perhaps Mo was looking for something else. With all of Mo’s previous achievements, who would have believed that he’d find his greatest success in the next phase of his career as the author of many best selling award winning children’s books? Adults enjoy Mo’s children’s books, such as Don’t Let the Pigeon Drive the Bus, as much as their intended young readers. Just like his Sesame Street films fifteen years before, Mo still isn’t talking down to his audience. Perhaps his career path is not a straight line after all. Maybe it’s more of a circle. But, enough of my arm-chair analysis…you’ll get a chance to meet Mr. Mo Willems, yourself, when he’s ASIFA-East’s special guest on Thursday November 29. Save the date. Details to be announced soon at www.asifaeast.com.
Posted by David B. Levy at 5:50 AM