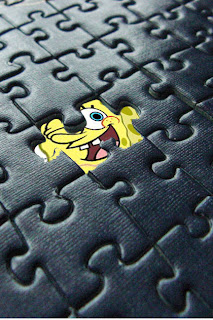 Among the most common rookie questions concerning pitching is, “How do I protect my creation?” My default short answer is, “You don’t.” You don’t protect a creation; you develop, nurture, and freely pitch a creation. Copyright questions and the fear of getting ripped off prevent many a would-be creator from getting off the ground. Its easy to imagine our precious little babies getting stolen right from under us by some smiling back-stabbing executive. The truth is, in animation, this seldom (if ever) happens. In fact, there’s a far more likely scenario; perhaps the idea that you brought in about an opera singing robot sheriff in a futuristic old west has been passed across the development executive’s desk in two seperate pitches in one week! Well, not the exact idea, but something quite similar.

A friend of mine developed a neat idea about a family of spies and spent months creating a lush series bible with juicy show art, a full script, and all the other trimmings. On the very first attempt pitching to Nickelodeon, the development executive told my friend, “This is great. Unfortunately, we already doing something very similar called, 'The X’s.'

It’s now more than five years later and “The X’s” still has yet to set the world on fire, but that’s beside the point. The show was made and aired. Was my friend ripped off in reverse by a series that was already in production? This is what happens, folks. We all breathe the same air. We are products of the same world. You could say that good ideas are flowing in the cosmos and we have to seize the moment when inspiration strikes. To me, sitting on idea while worried that vultures are waiting to pounce upon it, is a form of self-sabotage.

As a closing thought on “the great rip off myth,” I recently had a revelation while attending a Women In Animation (WIA) panel discussion on animation artists that have transitioned into becoming published authors. As typically happens at these events many audience members asked questions about the dangers of companies or individuals stealing their ideas. They wondered how to protect themselves. Wisely, the panelists, who consisted of Tom Warburton, Megan Montague Cash, and Allan Neuwirth, calmly rested their fears. Their consensus was that it’s extremely unlikely that anyone’s ideas will be stolen. And in the odd chance that it does happen, you can always sue! Simple enough.

I realized something at that moment. I could almost smell the fear in that room. It’s not only paranoia or lack of experience in the industry that makes people worry about being ripped off. In my opinion, focusing on this concern says something else entirely; you are way too precious with your idea, and chances are, it’s your only idea. It’s no good to obsess on any one particular idea or overprotect it. Real creativity doesn’t work that way. A would-be creator’s mind has to stay sharp and keep creating new things. Any successful creators will tell you that they’ve got sketchbooks or drawers filled with ideas for scripts, books, shows, comics, etc. As they say, a writer writes. Worrying about the very unlikely event of getting ripped off can keep one from really taking a chance on their dream. Now, let’s lay the “great rip off myth” to rest for good.
Posted by David B. Levy at 6:32 PM