Memo from Dr. No 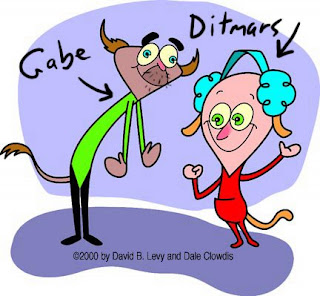 I have become a master at rejection. With an average of four pitches out in the world at any given time, I hear, “no,” a dozen times a year. While it’s a little disappointing, it’s never discouraging. I would be discouraged if I believed others held the key, blocking my success. I learned long ago that I can’t expect any network or development executive to be more sincere about making my dreams come true than I.

For the last ten years of my pitching experience, development windows of opportunity have opened and closed more times than I can count. No one opportunity was THE opportunity. Almost none of the gatekeepers (development executives) I pitched to ten years ago are still in place at their original networks––many of them have left the business all together. I’ve seen trends and fads change, rise, and fall year-to-year. After a decade, I am the only consistent element in my pitching career.

It’s no shock that development executives say, “no,” more than 99% of the time. Most projects aren’t as good as we artists think they are. Besides, even when we have a good pitch, we show it in crumbs, trying to convince an executive that the three-coarse-meal will be delicious. When they say, “no,” we take our projects somewhere else, and when we collect enough “no’s,” we put those pitches to bed. In this action, we make the executives right. But, what about those projects that won't let us walk away?

My two most current pitches are redeveloped versions of two projects I pitched in 2000 and 2005. The image above are the designs from one of my current repitches with co-creator Dale Clowdis. The time away has allowed me to view these pitches with fresh eyes and lavish them with the attention I wasn’t able (or capable) of giving them the first time around. The revolving door of development executives allows me to bring these pitches back to networks that might have rejected them the first time around. Besides, the only risk I face is a fresh set of, “no’s.”

A fear of hearing, “no,” is an example of bad fear. It's the kind of fear that keeps one from their dreams. Most every vital band, movie, TV show, and book ever created was turned down dozens of times before finding a home. John B. Sebastian, of the Lovin’ Spoonful, said that his band was turned down so many times that with each rejection it taught the band that they were on to something––“Because the record companies couldn’t dig it.”

Thanks, Dave. Great post. You've inspired me to go out and collect some "no's". Another side to this is that with each "no", you're one "no" closer to a "yes".

Hey Dave, Its funny that you wrote about 'no' this week as I got into work this morning to read a 'no' email of my own (a film submission to pictoplasma). This particular post was pretty inspiring and I'm glad to know that a few 'no's here and there aren't necessarily absolute. Have a great week Dave and keep choppin' away at that pitch tree.. one day it will drop with a resounding yes.

Great stuff as always, Dave.
'Animondays' ALWAYS helps get the brain cranking on a Monday mornin'...

"No," need not be such a big deal. We don't have to have our whole selves on the line with each pitch, festival entry, job interview, etc.

great post. you know how i feel about pitching.. but i gotta say, it seems like it is inevitable that you will succeed with your type of enthusiasm and determination! great blog dave, btw.

Hey Pat!
Thanks for the comment.
And, even though you and I have different goals, you are inspiration to me because of your dedication to this artform.

I feel like my own lab rat this past year and a half––pitching while writing a book on pitching. Odd stuff!

For a long time I produced and directed television commercials - dealing one on one with clients.
I became very used to rejection.
After 10 years I abandoned the advertising business to return to my roots (illustration and animation).

I headed to London with a manuscript and illustrations for some books I had written about a couple of characters I'd created.
50 or 60 rejections later it was clear that nobody in the UK was going to publishing them anytime soon.

Rather than let the characters die, I sat down at my coffee table and began to animate the books, then when I ran out of books I expanded their universe and animated new stories.

I made six altogether and have just started a seventh.
Collectively they've played or are about to play in fourteen festivals worldwide, including Pictoplasma, which will be the first time they've played on a big screen in North America.

I reckon for every five packages I send out, I get one screening.

Further to this the original books I wrote are beginning to garner some real attention, so they may end up in print after all.

On another note - Hi David.
We corresponded a little by email a few days back and it's nice to find you have a blog.

You've got just the right spirit!

I'd love to see your films. Is there a link you can send our way? I'm sure others would want to check them out too.

Hey David.
You'll find links to bits of my animation under the "About Me" section of www.elliotelliotelliot.com
If you ever watch the Frederator Podcast you'll have seen Boxhead and Roundhead as they've played several episodes.
Boxhead and Roundhead and the Infernal Machine played at Annecy in 2007, which was a wonderful achievement for a film with no budget made at the coffee table...

I'm printing your post out. Words to live by!