Here I Go Again On My Own 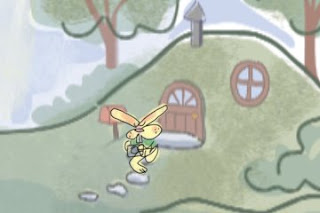 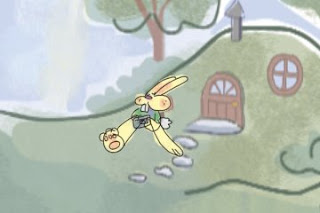 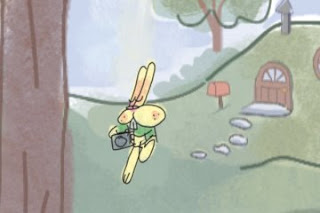 If I were inclined to appreciate 80s hair-bands, I might be singing, “Here I go Again On My Own,” by Whitesnake because as of Monday I completed my latest project (directing six spots for the Electric Company). All I have lined up now is teaching one night a week at Parsons this Fall and one night a week at SVA this Spring. The rest of my time is ripe with possibility. I’ve learned long ago to seize such time because it is often fleeting. Most of us agree that although we love animation this doesn’t automatically mean that all of our employment is spent on “dream jobs.” The realist in me adds, “nor could it be.” Dreams are ours to make. Opportunities are ours to take. If anyone from Hallmark Cards is reading this, I’m available for a job in the copy department.

For me, time on my ownsome means time spent on a personal film (see images above from my in-progress short!). The new film is a third collaboration with musician, producer, and voice over artist Bob Charde. I used to refer to my films as independent films. Maybe if I had called them personal films I might have actually made something personal. I started out on the right track by making a film called Snow Business, which started out as a concept film (a snowman traveling through a city by accidental means) but, I realized later that the film was really based on part of my life experience. As a child, I used to eagerly anticipate my father coming home from his Ad agency job in Manhattan. As a family, we always waited until my dad got home so we could all eat together. Sometimes he wouldn’t get home until 9 PM. It was such a special feeling when his car pulled up and he came up the stoop of our house. Before we would eat, I would get to hear a play-by-play of the day’s events at the office and I’d fill him in on my day too. It was OUR time and I cherished it.

That longing is in the film Snow Business, which at its core is about a boy longing for time with his Dad. That personal truth gave them film a powerful center and I believe it went a long way to overcome any production problems with the film. Yet, I didn’t fully understand this at the time and I thus allowed other influences to creep into my second film, ensuring that it had nothing personal in it whatsoever. At the time I was obsessed with getting a development deal for my own television property (something I wouldn’t achieve until 8 years later). I allowed this to corrupt my second film (and my third film too, but that’s another story) in which I tried to draw the current hot look on TV. For content I aimed at shock value, which was a two-part rebellion. Firstly, I was working fulltime on Blue’s Clues and secondly, Snow Business had also been a family-friendly affair. I was oddly concerned that I would develop a reputation as a children’s filmmaker. All of this added up to a sad cocktail on which to base a film.

Although it took me years to get my personal films back on the right track, I can't say that nobody tried to warn me. Once in a while somebody comes along and has the guts to tell you something painfully honest that you desperately need to hear. Shortly after my second film debacle, David Cutting (an animator at Blue’s Clues) said to me, “David, I think with your second film–– you really threw out the baby with the bathwater.” The last time I heard such stinging honesty was years earlier at SVA when an foreign student told me through his broken English, “Your work is no good.”

I think the demands and pressures on the next generation of independent filmmakers to do something "commercial" with their films must be even worse than what I had experienced. If your animation doesn’t become the next big viral sensation on YouTube does that mean that it's a failure? Whenever one thinks of the marketplace when making personal art the “personal” goes right out the window. I’m now just under half way through production on my newest film. I’m proud to say that it doesn’t look or feel in any way like the product you see today on TV or in the viral sensations perpetuated on line. Although it is a kid’s film, I’m not using any of the assembly-line techniques of puppeted animation that dominate much of kids TV these days. Content-wise, the film spends its entire time in the company and conflict between two characters engaged in an average day’s activity. The tone is quiet, the pace is slow, and the characters do not scream their lines. I am blissfully out of step and I LOVE IT!
Posted by David B. Levy at 12:57 PM

Watch the line aliasing on the background.

Thanks, ROC!
Will do. That's a pet peeve of mine too... and a production no-no.

The next big thing on YouTube. I often get concerned when people I know get big hits on YouTube, and I start to think if I am doing something wrong. But part of me realizes I should be doing these films for myself, much like the way a non-commercial painter just does work for himself. Still, there must be a part of our brains that wants to shout something to the world or anyone who will watch. Part of me wants to connect to an audience. I guess its really a matter of balance (as most things are) between what you want for yourself and what the you want the world to see.

Good thoughts, Emmett. I've learned the key is that when you do something personal, it often means that it WILL connect with an audience. Personal is always in fashion and beats trends and fads any day.

Another fun post to read, Dave. I think Mike and I are "feeling the squeeze" right now on our second film a bit the way you describe it: we gambled a lot to get "Germans in the Woods" done and the response was terrific BUT... we haven't made a dime on the investment and I'm still a bum who works at city pools to pay the rent. Still, we're trying to stay focused on doing things "our way": making the new film precisely what we want it to be one frame at a time. Sure, I know this will be an investment that could pay off in the long run, and sure, I could probably ditch the City Parks job for something in the industry, but even with the stress of trying to start our own business, the independence is what makes me happiest right now and most capable to do the work that is important to me. Glad to hear similar thoughts from you about your own work!

Thanks for the boost, your new film is looking great in those screenshots, can't wait to see the finished product!

It's hard sometimes.
I think there's terrible pressure on artists to produce "something", whatever that thing may be.
Because I this I think animators tend to throw themselves into projects like short films without thinking about what they really want to do or say (students in particular).
It does take time to find your own voice, and even longer to realise that much of the time, your own voice is important only to you and maybe sixteen others...

Tim,
Good work does not go unnoticed and unrewarded. I envy your courage to just devote to your filmmaking. I'm one of the many who "just got a job" and developing as a filmmaker was, for me, a part-time pursuit. That's a bit of a regret for me because the most joy lies in developing our vision. But, every choice brings some sacrifices, so I can't really complain. I'm still envious of your guts, though!

Elliot,
Your comments remind me of how folk music fans evaluated 60s folk singers. "Do they have anything to SAY?," was the yardstick of measure. For us filmmakers, we don't have to a have a message, but if we keep things PERSONAL than we WILL have something to say.

Oddly, even my filmic duds taught me something and helped advance my career. So, nothing done for oneself is ever a waste even when (it seems) we are only going through the motions.

"but if we keep things PERSONAL than we WILL have something to say."

Emmett - regarding Youtube.
You really have to have something very, very specific to have a huge Youtube hit.
Length is more of a factor than content.
I wouldn't be concerned that you're off the mark...

It's so hard to find the time to do any personal projects, let alone a film and it's admirable when someone pulls together and gets it done.

Success or no, people always respect that and look up to it.

Not much to add to the conversation here, expect thanks to Dave. These kind of posts (ones regarding personal work/personal improvement, etc) are some of my favorites on your blog!

And, Tiki, I find that I make the time to work on personal films even when life and career throw up other obstacles. You just have to have the burning need to do it. Otherwise I doesn't really happen. Although, as you see by my story in this post, sometimes my projects were not really born of inspiration.

But, each film undertaken is a risk of some sort and I think that is part of why making films is so intoxicating.