Collaboration in an Indie Film 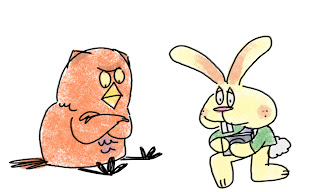 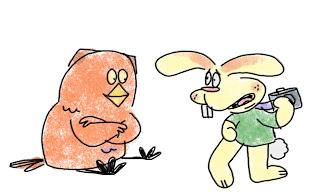 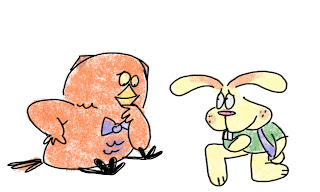 Collaboration on the job can be tough enough, even with roles defined by title, responsibility, and differences in pay scale. Sometimes it’s just plumb hard for folks to work together (note: I’ve been watching a lot of “Little House on the Prairie” lately, and the folksy vernacular is starting to seep into my subconscious. At least, I reckon it is.) All too often, collaboration between one or more artists making an indie-animated film can lead to disaster.

One story from my dad’s childhood works as a nice metaphor for the trap. When my dad was a kid in the 1940s, a common enterprise for boys was to earn money shining shoes. One day my dad and a friend from the same apartment building decided to create their own shoe-shining business. The plan was they would each buy materials and then set up their stands side-by-side in their Brooklyn neighborhood. Incidentally, they lived in Brownsville on Amboy Street. The same street as Ralph Bakshi, who was a child hood friend of my dad! When my dad and his business partner were finally ready to begin their shoe-shining enterprise, the friend suddenly bailed out. It turns out his father didn’t want his son to shine shoes. My dad was left without a partner and he almost threw in the towel as well. But, my dad’s grandfather convinced him to go it alone, offering to accompany him to the park. The moral support did the trick and my dad set up for business. He continued his shoe shining for years, earning himself money for movies as well as money to help out his struggling household.

In my career class I often describe the same problem above as two people joining the gym together. At first they set days and times that they will work out on a regular basis, but then inevitably one friend will lag behind and stop going. The other friend can either stop going too or realize that they don’t need to depend upon someone else to get their own butt to the gym. Independent films made between one or more partners face the same challenges. Very often partners begin with the best intensions because talk is cheap and enthusiasm is free. But, films take work and commitment to get done. Poorly chosen collaborators can drag both partners down with one member constantly waiting for the other to make a move before either can proceed.

I’ve been lucky to find my best collaborator to date with my creative partner Bob Charde. He’s a musician, composer, songwriter, singer, voice artist, producer, and technical wizard. All things I am NOT. However, like me, he is self-motivated and has the drive to see a project through to its completion. For our film, “Good Morning,” it was really just me hijacking one of his songs and animating it. When I was finished I called Bob and told him he had a new film! He was delighted and together we entered film festivals (landing into competition at ten festivals to date.) Most recently, we inked a deal with a Canadian distributor who now has non-exclusive rights to our film for the next 3 years. Bob and I will be paid every time the film is broadcast on TV or on the web.

Shortly after we began to find success with Good Morning, Bob asked if I was interested in collaborating on a film with him “for real.” I had no real plans to make another film but, on Bob’s encouragement I sent him three old scripts I’d written for preschool projects I’d developed. Two weeks later, Bob responded by sending me the vocal soundtrack for one of my ideas called “Owl and Rabbit Play Checkers” (see still above.) With a lesser collaborator this could have been a disaster. Imagine if the track was lousy! But, thankfully, Bob nailed it––expertly voicing the titular characters as well as the narrator. He hit just the right tone, capturing all the humor and emotion in the piece. With Bob’s bold move he shanghaied me into making another film. It’s as if he got his revenge for my actions with his song “Good Morning.”

Now I was suddenly making a short that I had no plans to EVER make. When you make films on a regular (or semi-regular) basis the problem is not, “should I make a film?” but, more like, “Which film should I make?” Happily, Bob forced the issue and pushed us both into business. I’m now 2/3 done animating the new short. I turn it over to Bob on Oct 12 so he can start scoring the film. Before the next year, we’ll have a new short to our names. I would have nothing if not for this fruitful collaboration. It’s interesting that collaboration can be so important to a project that there may not be a project without it.

This week I’ll take a short break on the film to attend the Ottawa International Animation Festival. Perhaps, at the festival, some future collaborators might meet for the first time. Hope to see you there!
Posted by David B. Levy at 7:32 AM

Looking forward to "Owl and Rabbit", you guys had a great film last time around!

Collaborations:
For my last 6 films, my friend Matt Saxton recorded some lovely music for me in his spare time (he's a producer at Uli Meyer and a busy feller).
He originally recorded 3 pieces of music but by playing them at various speeds and in reverse, nobody has yet noticed we spread them out over six films.
For my new film, Matt was not on hand, but to my delight I made friends with a bloke in my building who is an audio engineer and musician and has a bloody great big recording studio crammed into his apartment.

As it happens, the response to Matt's music has been so good that I contacted him for a new piece and he was more than happy to oblige.

It's lovely that, if approached with honesty and enthusiasm, how good people are willing to help out.

I am really looking forward to the new short... Your characters are so appealing and expressive, and it looks like you're having fun with them... that's REALLY coming through in the drawings! (Can't wait to see them in action,too!)

Thanks for the comments. I'm looking forward to the film too! Will be great to turn it over to Bob and get it off my plate. Although, it has been fun.

And, cool to hear your collaboration stories, Elliot.