Forgive me a partial post on my cartoon pitches to the New Yorker. Of course, these are not pitches in the sense that one might pitch an animated series. At the New Yorker, its possible to present a new set of cartoons once a week. One could never do that for an animated pitch, where even a rough proposal will likely represent weeks or months of development. For the last four weeks, I've set aside at least one day a week to draw up a new batch of cartoons. I'm happy to report that some of them have made the weekly short list of cartoons that the magazine holds on to for further consideration. I still have yet to sell them a gag, but, I'm getting a lot out of the experience.

For one, working on cartoon gags every week exercises the hand and the mind. Over time, one has a chance to really develop a style and a point of view. Secondly, a weekly pitch puts one in the hot seat on a regular basis, where rejection becomes something you can schedule on the calendar.

An interesting thing has happened. With only four weeks into my adventure, I can report that each encounter is not defined by rejection. What could seem hopeless or disappointing, actually feels exciting and rewarding. This is because each week represents both a renewed commitment to myself as well as further proof of my sincerity to the New Yorker.

What the hell does this mean to anyone reading this blog? Well, I believe that its important to spend at least one day a week in a risky scenario where you push your talents, film, projects, or whatever. Up until now, I've pitched animated projects maybe on the rate of once every two months. Now, I feel the rush of excitement every Tuesday when I hand over a small stack of cartoons, one of which might just wriggle its way into the magazine.

(below: 2 gags from week 2 of my New Yorker submissions) 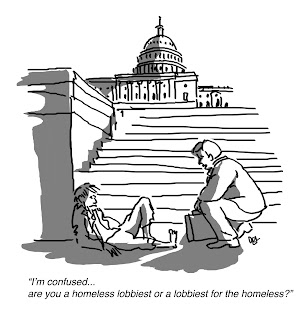 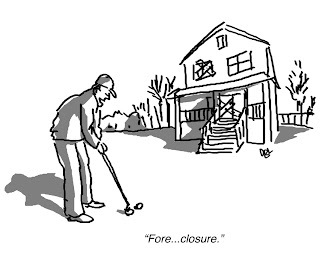 THE ANIMATED FILMMAKER VRS. THE ANIMATOR

I find this topic endlessly fascinating. Most of the time, animators that are the "real deal" are interested in animating. Their concerns are draftsmanship, staging, timing, acting, characterization, and countless nuances and possibilities available in the mechanics of creating any animated moment. What they are often not interested in is in making films. Or, as in the case of Richard Williams, when they cross into making animated films, they might bring an unbalanced view of animation's role in an animated film. Character animation is but one element in an animated film. A film requires its makers to weave together all aspects of visual and audio storytelling that make up any motion picture. A filmmaker making animated films will allow different elements of a film to dominate the experience at any given time, and all for the service of moving the story forward. The animation-minded individual is more likely to make animation the central point of any given moment. At best, they might devise a story or subject that justifies such a choice.

Don't get me wrong, one is not necessarily either a filmmaker or an animator. One can be a little of both in different degrees.

Ralph Bakshi seems an easy poster child for the filmmaker approach. He bent the elements of film to suit his own vision. He mashed animation and live action together for graphic excitement, to convey emotional mood, and also to ensure that his films came in on budget. Richard Williams acts as a good example of the animator that might obsess over the mechanics of animation to such a degree that it consumes all else. Both men have accomplished great things in their careers and rose to the top of the industry despite (and because of) their respective views of filmmaking and animation.

I suspect all of us over and under compensate to our strengths and weaknesses as we create not only films but, also our careers.

(thanks to Elliot Cowan for the idea for this blog entry!)
Posted by David B. Levy at 5:00 PM

Part 01) These drawings are much better than the last batch.

Part 02) That Elliot bloke is a tit - ignore everything he says.

and, on part 1... its fun how fast one can improve simply by doing more of something...

This post is facinating!
Marc Davis of Disney nine old men fame would have students redraw NewYorker cartoons as an exercise.
He would push them to improve upon the composition and storytelling of the picture....The point of the exercise in the end was that little improvement could be made ,if any at all.
Just because something is deceptively simple does not mean it is.

The subject of filmmaker vs. animator is something I mention to people a lot, and would like to see more on. Good thing Mr. Cowan brought it up.

The evidence is always in the films themselves. In the case of independent animation, there are animators who think like animators, or like filmmakers, or like illustrators. I am sure there those who do all of them. I always cite Don Hertzfeldt as something who functions more as a filmmaker. Ralph Bakshi was someone who recognized balance in all aspects, and unlike others, knew when to say "that's enough."

Excellent example in Mr. Don Hertzfeldt. Truly a filmmaker using animation to make films but, blending it together with other elements of cinema. Along the way, he's developed his signature voice. Amazing stuff!

Thanks for sharing your New Yorker experiences! I think it's a great exercise for a cartoonist to keep coming up with new ideas quickly and not regard any of them too preciously. I also love the fun of the cast-off cartoons that come out of that process, which are sometimes turned into projects of their own, like "The Rejection Collection" books and the live event, "Rejection Show."