A Stritch In Time 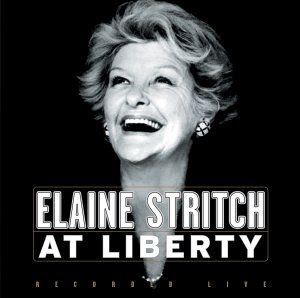 I have the pleasure and honor of taking over two of John Canemaker's animation classes at NYU in the upcoming year as he goes on sabbatical. In addition to heading NYU's animation department, John is an acclaimed author, animation historian, and Oscar-winning filmmaker.

For each class I agreed to take on, John invited me to sit in on his current class so that I might have a better understanding of his approach to teaching. Last week I sat in on the second of the two classes, Action Analysis II. If there's a single most important animation class in NYC, then this might be it. When I walked in the room I immediately noticed his writing on the dry erase board:

John opened the class with some selected clips from Elaine Stritch's one woman show, "Elaine Stritch at Liberty," and the list of names/words written on the dry erase board were all mentioned in Stritch's act. John wanted to make sure that all those references were explained ahead of time so that the class could follow along. All of those names and words would have been familiar to me as a student in the early 1990s, but time has left this generation further removed. For the next 45 minutes John played sections of "Elaine Stritch at Liberty," and when it was over, he asked the students to talk about the actresses' transitions, mannerisms, thought process, timing, body language, and gestures. There was, indeed, a lot to talk about. Studying a master like Elaine Stritch is what is missing from the animation education of today. How-to-animate books offer examples of simplified movements and formulas that were long ago based upon real life, but to watch Elaine Stritch is to be looking at a potential source.

The most acclaimed cartoons were made during the golden age of animation, and its important to remember that those artists were not necessarily only referencing other cartoons, they had grown up reading books and newspapers, seeing vaudeville, and watching early live action movie masters of pantomime like Keaton, Chaplin, and Lloyd. When you are close to the source of your inspiration you have a better chance of channeling it into something new. Something all your own. This was just as true for The Beatles, who had spent their youth digesting the first generation of American rock 'n roll.

John spent the next two hours reviewing the students' homework, which was to animate a pencil test of a character drinking what they assumed to be alcohol, but is actually milk. The point was to establish a character and their intent to drink what they think is alcohol and then show the thought process as they realize something is wrong and then react to it. It was fascinating to watch John patiently lead the critique of each piece, encouraging the class to comment along. When a student failed to establish a character, John would ask: "Who is your character? How old are they?" If the student responded that the character was young, John would ask: "What gestures or attitude might help communicate that your character is young?" Sometimes he'd ask the student to stand up and demonstrate what that pose might look like.

The students had the opportunity to sit and learn through 20 such critiques in that day alone. I wondered if they knew how lucky they were. John was pushing them to think not as a fan of Bugs Bunny, The Simpsons, or Akira, but as an actor might think.

At one point John asked the students if they'd noticed how Elaine Stritch had begun her act by making eye contact with as many members of the audience as she could. Of course, she couldn't really see their eyes because the audience looks like a blur from the vantage point of the stage lights. John described this as an old vaudeville survival trick. Actors would be sure to make eye contact with as many audience members as possible because it humanized the actors in the eyes of the audience.

A few of John's students presented work that confused the class. In each case it was because the student had imagined an elaborate back story explaining their characters and their situation (all things that did not make it to the animation paper.) For character animation to really work, it needs to live in the NOW. And, it has no chance of doing that if it first doesn't try to establish a bond with its audience. The audience only knows what we show them. While our characters can't directly look at the audience the way Elaine Stritch can, an animator must remember that they are making animation for an audience just the same. Students are not always ready to understand what teachers wish them to learn, but John's lesson was not lost on this lifelong student. Thanks, John.
Posted by David B. Levy at 12:01 AM

Congrats on getting to fill in for John Canemaker, that's great. It's refreshing to hear such a class is being taught.

I would love to sit in on one of John Canemaker's classes. I wrote him to see if he taught a graduate's program, but he said there wasn't one. But with his own work and everything he has written, I would be fascinated by what he could teach. Also, I think Canemaker went into acting very early on, before turning to animation full time. That may have something to do with his intuition in the workings of character animation.

Congrats on the fill-in, Dave. Must have been quite an honor.

I loved taking john's classes at NYU. His style really grows on you throughout the semester. More and more you realize he's not teaching a technical skill per say--he's teaching a way of thinking.

Through live action, dance, and animation, he shows what all good filmmakers learn sooner or later. The audience needs a character to root for or hate, to identify with or puzzle over. We need to see them thinking. This makes them real.

His lessons aren't just for animators either. It's a tough class sometimes just because there's such a mix of students. Live action, animation, from drawing superstars to more technical students looking to understand character animation better. But there's something there for everyone who wants to learn. Like school, it's whatever you make of it.

Have fun with the class, David!

Dave: That's great news. I'm sure just getting this opportunity will energize your own methods even more.

Hey All,
Thanks for the comments/congrats. I'm really excited about teaching these classes.

Stephen, on your comment: "he's not teaching a technical skill per say--he's teaching a way of thinking."

...I think you got right to the heart of the matter. When I started working at Nick I was exposed to a large amount of former NYU students for the first time and I noticed something different in their work, a higher level of thought. I think the whole NYU program of classes follow in John's example and lead to a really solid educational experience. Each of the school's has their selling point and this could be NYUs.