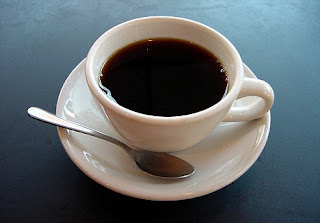 I've been extremely busy with work lately (knock on wood!), but, no matter how busy I get, I try to make time to have breakfast, lunch, or coffee with friends, contacts, or colleagues as often as possible. When I'm in a busy patch, I like to line up two or three meetings in a row, almost like speed dating. In a way, it's break in the middle of a tough work week. Last week I had lunch with a former student and then coffee with another.

The coffee meeting was with a student who had graduated about four years ago and after being told by some in the industry that there was little opportunity for work at the time (which I can say was not really true), he decided to get a master's degree and wait things out. Unfortunately, the economy only worsened during the two years he spent getting the degree and in the two years since, he has had no success breaking into the biz.

This former student had done some hard work looking for leads online and pursuing internships, and he even joined a networking group of other young artists searching for jobs. In addition, the master's degree allowed the student to pick up valuable 3D animation skills that will serve him well. But, students certainly don't do themselves any favors in ignoring that this is a people business. Getting a job in animation is not as straightforward as getting a job at K-Mart and this only becomes more obvious in difficult economic times.

I wish I could have been there four years ago when the student was told that it was not a good time to find a job in animation. Not only was this information wrong, it's barely relevant. Yes, there are better and worse time to graduate and enter the animation industry. BUT, we have NO control over that. We arrive when we arrive. Who among us feel that they graduated or entered the job hunt at the most ideal time? So the key ingredient is not the luck of the draw (economy-wise) but your own determination to work in this business at the exclusion of all other options. In an unstable industry, we provide our own consistency by having the passion to stick it out. A career in animation is not something that happens to you, it's something you choose to pursue in any way you can.

The next meeting I had that afternoon was a lot of fun. In the first I was firmly in my teacher role, but one coffee later I was the student. Sparked by a lecture I gave to animation producer John Catapano's class at SVA only a week earlier, one of the students arranged an informational meeting with me. This summer course tends to have older students, already established in some career and looking to make a change or expand their horizons. I love speaking to classes because I'm exposed to great people I might not have met otherwise. The student who arranged to meet with me turned out to be an accomplished illustrator and author of many lovely children's books. In fact, she scored her first children's book right out of RISD, something she admitted to not fully appreciating when it happened. While she had questions for me on a project she planned to tackle, I found myself with just as many questions about pitching children's books.

Much like my earlier meeting, where I reminded my former student of a lesson I'd already given in class, my second meeting reminded me of what I should be doing: If I was serious about scoring a children's book of my own I would need to make a full dummy (mock up) of the book to pitch. I have six children's book pitches under my belt, but I have never made a full dummy book to present an idea. Instead I always relied on one or two pieces of art and a short manuscript. That isn't enough, she said, "a book has to stand on its own." She was telling me something I knew, but I'd managed to ignore. My lack of success getting a children's book off the ground speaks to that. And then she read from the notes she'd taken at my lecture: "I don't talk myself out of anything I want to accomplish," I'd said, a theme that had passed from coffee to coffee that day.
Posted by David B. Levy at 4:52 AM

This is just a lovely post. Thank YOU for sharing.

"I don't talk myself out of anything I want to accomplish" - just what I needed to hear. Thanks for a great post.

This meant a lot to me man. I've been doing a lot of soul searching of my own for the past 2 yrs and I keep pushing forward. Some people get into the biz quickly and some strive to continue and climb the rungs. To some degree, I believe there's a bit of luck involved in an artistic career of any kind, but it can be influenced and molded.

Hi All,
So glad this was helpful to you.

And, you are right Brian, that there is some luck involved but, think of it this way... say a great bit of luck or opportunity falls in your lap but you have not made yourself ready for it.. in that case it would be somebody else's opportunity, no?