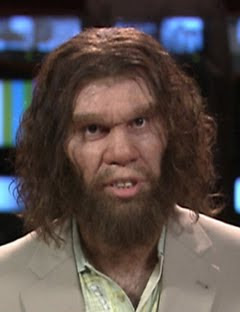 During my research for a third animation book I'm writing, I came across this cautionary tale about a local commercial animation production. Commercials are one area of animation where I have almost no experience, and stories like the one below make me grateful for that.

An animator started on a commercial and (on the first day) discovered there was no storyboard, no animatic, and the animation director (a live action director that had never worked in animation) was out of town and out of touch. The problems that transpired in the days that followed are what you might imagine. There was no guiding vision for animators to follow. What they tried on one day would be overruled the next. And not only was there no process in terms of storyboards and production pipeline, the producer at the helm bowed to every client note and demand––pushing it all to the animators to pull off a miracle, at one point even asking them to re-animate the entire job from scratch in less than a week. And, best of all, no matter how many times the animators tried to explain their needs to the producer, he never once listened. I can't think of worse animation work-place scenarios sans physical violence or verbal abuse.

The above example is all the more shameful because the short turnaround time of an animated commercial greatly depends upon an efficient production process with all goals clearly defined to steer a crew to a proper finish. When the basic needs of the crew are ignored, they can't possibly do their best, and their morale will suffer along with the work. A commercial schedule does not allow for the luxury of time to sort this all out. A production has to have a running start and be fast reacting to any hitches along the way. Producers and Directors share a responsibility not only to the work, but also to the workers. Yes, the finished animated product must speak for itself, but the battles fought and lost by the crew in the example above are ones that need not happen in the first place. Instead of trying to reinvent the wheel (which is itself a common production process mistake), this commercial job existed as if there was no such thing as a wheel. Somewhere a Geico caveman is crying.

I wonder how many producers or directors would admit to being the obstacle that they might be. If you are one of these producers, would you want a builder to build you a house without first making a blue print? Or to start building a frame without pouring a foundation? Would you want someone with no experience in plumbing to connect your toilet? Someone with no knowledge of wiring to ready your house for electricity? You get the point, right? So, if all these things are painfully obvious, how could you allow a production without a process? How could you ask a crew to start animation without an animatic? How could you ask them to animate without clear direction? And, how could you allow a client to give any note they wish at any stage of the production regardless to how it may impact the deadline or costs? How can you hire animators and animation artists for their expertise but, at the same time, ignore all their expert advice on how to make the production run smoother? And, how could you ask the animation crew to work with all these handicaps and pull off a miracle? Now go stand in the corner and think about what you've done.
Posted by David B. Levy at 7:30 AM

The flip side of this of course is that so many of us are prepared to put up with this kind of nonsense.
The economy, lack of work and lack of experience has taught so many artists that they should just take it.

My experience in the ad business (not in animation departments) has led me to believe that the industry is one where waste, glut, and disorganization is the norm, especially at the managerial level (directors and producers).

It seems like every project goes over budget and is delivered past the deadline. It leads me to believe that because there is so much money being thrown around, it has become the norm, and seems to be part of the culture.

There have been a few good experiences, but those are in the tiny minority. So, in response to Eliot's comment, if you do want to work in the ad business, yes, you do have to take it. If someone says ad agency X works well, I usually understand them to really say that ad agency X works less poorly than others.

George - I mostly agree with you.
For the first 10 years of my career I was called "Commercial Producer".
I agree completely that it is the single most wasteful, shallow industry, pointless industry in the world.
I also agree that there's a certain amount of disrespect that all artists are going to have to put up with on some level, but I don't believe anyone has to take it.
If more artists acted like strong professionals, commercials would be less costly, be finished by deadline and would run smoothly.
Let me stress though - I am hardly blaming artists for the situation but I do think we have a responsibility to try and create some kind of change.

I have had the opposite experience in animation, in regards to producers/directors/productions. I have spent most of my career (15 years to date) working for reasonable people in good systems. I feel very lucky obviously.

I think that sometimes people carry their own bad/dark energy (or unrealistic expectations) which ends up negatively impacting their interactions with others and ensures unhappiness on the job. But, the story above is clearly not that situation.

This was a case of a producer that was unwilling to learn. A real shame.

Sadly, I've worked with people like this and it becomes a battle to create a piece that sucks as little as possible instead of something that is as good as it can be.

Thankfully not all producers act in this manner, but people like the one mentioned are the folks who lead me to the conclusion that "Producer" is the only one word oxymoron in the English language.

I wanted to mention this last night but had to run (we're sending an "away team" to Boston for a shoot this morning) -the producer problem in advertising has come in our lifetime.

In the 90s, agency producers knew what they were doing. It was a difficult job dealing with clients, art directors, account people, directors, and hundreds of other variables. People worked their way up over the course of years to become producers.

Agencies "retired" the people who knew what they were doing and thought that any ol' schmuck could handle the job.

Part of this was economic, but I don't think its coincidence that it also happened right after the "home studio" revolution. There was a sense that if filmmakers can shoot, animate, edit, record and make fully produced commercials out of their basement -heck, you don't need to pay a staffer 200k a year. Just get some kid whose good at the Nintendo and has a haircut.

There's a long story after this of vicious circles, but ultimately it winds up with a highly questionable production process in many commercial situations.

I work in México doing animation and VFX. This is my everyday scenario: producers with little or no experience, directors that now nothing about postproduction/animation, postproducers that are editors, clients acting like kids (with no one telling them not to) and of course people (artists, technicians) working long hours and redoing stuff because of a lack of planning. When ever I come up with a plan to avoid failure or to come up with a good result producers and directors laugh at it. Well, now I now it is not a Mexican way of being but a modern reaction to the way things are being done.

Animating with no storyboard, no animatic, no reference and even without any directorial ideas, that sounds familiar...

Recently I put together a schedule and budget for some commercial work, that had a 3 week schedule from script to screen for a 45 second spot. The client looked over the numbers and said ".. okay, and how much would it cost to do it in 3 days?"

Geez, actually this sounds like half the productions I've ever worked on! I can remember working on Animaniacs back in the early 90's and back then there was a now-defunct thing called "character layout" which is what I did on that show for the first run... Anyway, we had a layout supervisor who oversaw about 14 of us layout artists. One day he gave me a scene which I layed out and gave back. "It just doesn't have the oomph we need." he said. He handed it to every single other artist in the layout pool and eventually about two weeks later it came BACK to me! I grabbed my original drawings and handed them in just as a joke. He apparently had already forgotten about me doing it the first time and congratulated me.
"Finally, someone got it right!" he said and slapped me on the back.
True story.

I'm going through this problem now.
I can't get the directors who are also the story artists to make us an animatic to help them and my team.
(I'm supervising the previs and Final layout for CG).....
I really never thought a studio would even attempt to do a 3D animated feature without an animatic.
(I guess since the story artists have over drawn each panel they think their job is done)
Were screwed without the animatic.