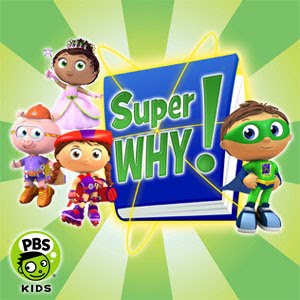 One way I judge animation career advice is by asking, "Is it actionable?" In other words, "Can I use the advice for inspiration or (more importantly) to create a plan?"

I just enjoyed a nice lunch with some old friends, "Super Why" and "Blue's Clues" (both pictured above) co-creator Angela Santomero and her vice president of production and development Wendy Harris. That afternoon Angela gave me two nuggets of wisdom that helps define what is "actionable advice." When talking about the creative and business strategies of her company Out of the Blue Enterprises LLC, she explained how she "tries to stay out of her own way." I found this to be an important insight into how she might have accomplished so much. By understanding that she finds success if she stays out of her own way, she's showing awareness that success is hers to make. She's not at the mercy of the ever-changing entertainment industry climate. Instead she's going to do what she wants to do and the only thing that could possibly stop her is herself.

After that piece of actionable advice, Angela shared a gem of a story with me that is clearly planted in the inspirational side of the equation. She recalled how during the earliest stages in the creation of "Blue's Clues" she happened to show her development materials to someone and they told her it looked, "cute." She was aghast, responding, "This isn't cute. It's going to change the world." Of course, the word "cute," can be very complimentary but in this context it didn't begin to describe the vision Angela had planned for the series. Her aim was to change preschool television forever, and with hindsight we can see that she and her creative partners succeeded.

What I got out of her story was the personal passion one should have for their creations. It's not enough to create a product to order or simply with the insight as to what the buyers are looking for at the moment. The most important part of a pitch is that it represents something the creator is incredibly excited about. Once again, actionable advice from a very smart and successful individual. Thanks, Angela!
Posted by David B. Levy at 12:01 AM

Most recently, for me, such "actionable advice" was the multiple commands from people I met at Ottawa:
"move to New York." I guess it was very clear that I wanted to be in New York to those former strangers.

So here I am, on my second night as a New Yorker, at a friend's place. So far, it seems like that was one good solid "actionable" advice-- AND I did it. Doing what needs to be done, for my sake.

I will keep on visiting Animondays...It seems like a newly forming rite of mine. Thank you for also convincing me to get here to New York!

Great to hear your news, Eunice. Make ASIFA-East your friend. We have listed a ton of events on our calendar page at www.asifaeast.com. We update it several times a week... and, Elliot Cowan runs our fab ASIFA-East facebook users group as well as sending out a weekly email blast about all kinds of animation goings on.