The Changing Face of NY Animation 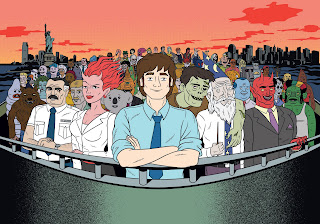 Above image from Ugly Americans, a series for Comedy Central, now in season two production at Augenblick Animation.

A few factors have contributed to a recent shift in NYC animation TV series production. Since the early 70s, the local industry has been dominated by projects for preschoolers or children. From Sesame Street to The Wonder Pets, this trend lasted nearly four decades. While there has been other animation made for different audiences in the big apple during this span of time, such as commercials, specials, industrials, etc., series work is unique in that it tends to employ the largest amount of people for the longest period of time.

The preschool/children’s series work was dominant for so long that many generations of local talent cut their teeth on that work, probably forever changing the nature of their careers as well as the direction of their artistic and filmic growth. Working on animated projects for such a young audience has its pros and cons. The benefits are honing your skills in the service of clear staging, creating readable actions, and learning how to telegraph the story point or curriculum needs scene to scene. Along the way, you try to make the animation as entertaining and engaging as possible, despite the limitations of the genre. The negatives to working on series for young audiences is the overly-simplified film language, lack of any real distinct characterizations to base interesting or diverse animated performances on, and the stifling even-pacing of the storytelling. Don't get me wrong, there's nothing about animation for young audiences that requires or necessitates these defects. These weaknesses just happen to be in most of the series work being produced today.

While dominating the local industry for so long, it seems like NYC’s days as a center of preschool/children’s animation are coming to a close. This happened because of a few factors. The first was the economic crisis of 2008 and recession that followed it, both of which created less series work, period. The second factor was the risky business model of studios organized around the visions of single creators acting as their own idea-bank, and depending on their gifts as creators and salespeople to keep workstations occupied in expensive Manhattan studios. No matter how gifted a creator is at inventing and selling shows, the very nature of the entertainment business ensures (at best) interruptions in workflow. The disruption, halt of production, or complete business failure at some of these studios devoted to preschool works helped set the stage for the next era of NY Animation.

While the single creator-run studio has proven a flawed business model, the studios set up to produce other creator’s works (not just their own brainchilds) are thriving. In this category are Augenblick Animation (producing Ugly Americans), Titmouse East (producing Super Jail, The Venture Bros. etc.), and Curious Pictures (producing Team Umizoomi). It's noteworthy that the surviving productions and new series work is (more often than not), geared towards the older “Adult Swim” audience. At present time, Team Umizoomi is the only large-scale preschool/children’s series being fully produced in New York. With Sesame English (a massive 3-year animated project) drawing to a close, and The Electric Company having recently wrapped, it’s hard to see signs of life in the preschool/children’s animation scene. 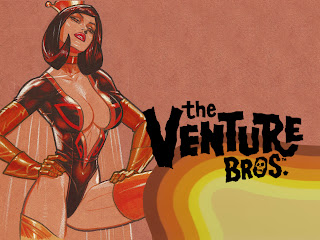 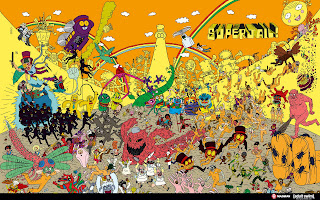 Adding to the trend of adult animation being made in the Big Apple is a new series I’m directing for the Adult Swim series, Tight Bros., which is produced by Clambake Animation, a Boston-based studio who’s in house crew of storyboard artists, character designers, background artists, sound designers, and editors are augmented by my New York-based team of six local animators. 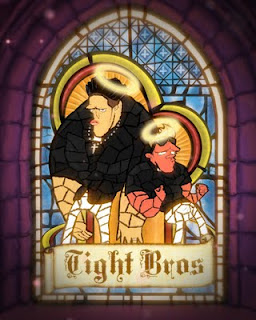 Not since the hay day of MTV Animation of the 1990s have this many adult oriented projects been in production in this city, and now, with overall reduced series activity––effectively diminishing preschool/childrens’ projects, this is probably the first time that animation for an older audience has dominated local production.

I can’t say that this trend will stick. Who knows what is around the corner? Newer platforms for animation such as podcasts, apps, and broadband channels will likely have an effect, and it’s likely to grow opportunities for diverse new areas of animation. Ipad apps seem particularly suitable for youngish educational projects, but the question is, will those projects ever have the budgets or staff akin to a traditional series production?

No matter what the future holds, today NY animation is in the grip of a different kind of animation. For the first time animation graduates are cutting their teeth on Adult animated projects with the potential to spend much of their career on such productions. I think that’s cause for celebration. Super Jail is an inventively animated show, all of it hand drawn. The Venture Bros. features sophisticated and cinematic storylines and complex characters. Ugly Americans features a style that Variety writer Brian Lowry described as “vaguely resembling EC Comics of the 1950s.” Whatever your opinion on Adult Swim-style content, there’s no doubt that these projects offer a more expansive playground to the animation artist. I can't see how that could be a bad thing for the future of NY animation.
Posted by David B. Levy at 12:00 PM

I'm not worried about the audience these shows are made for. I'm more worried that there is not nearly enough work of it to sustain most artists in the city as there used to be. Then again, there weren't that many productions 10 years ago to begin with, and I know some people still preferred to work from home even then. Productions don't really head off into a bad direction- they just become different.

You're right that 10 years ago there weren't many productions either, but that was because of the production freeze that happened industry-wide after 9/11. But, the 90s were booming, and there was a lot of series production from 2003 to 2007. We're still in the down cycle, but at least it seems to have hit the plateau. There will be more ups and downs, so it behooves us to try to make our own work opportunities wherever we can.

I don't blame the intended audiences in terms of content issues. The limitations in preschool or children's series happens from the networks on down. I think we could all agree that such projects could be a lot more fun, creative, silly, and with characters that have actual personalities.

Yet, I disagree with you that productions "become different." I'd argue that they start out different. A young project like I'm describing starts out within rigid confines and stays there. The "Adult-Swim" type projects start out daring, inventive, and wild, and tend to get crazier from there.

Very interesting post, I think you made some great observations on how animation in NYC has shifted even in the last two or three years.
I perked when I heard you suggest the possibility apps would be the next stage for preschool and children's animation. I've been working on a music video for these two children's song writers and since it's just wrapping up, we've been discussing the different ways to find an audience.
Since it's geared towards 2 to 4 year olds, we've talked more and more about how interested toddlers are in their parents smart phones and tablets. How tablets, particularly the ipad, are being used in schools. How especially in NYC, busy young professional parents find it convenient to pull up a video or a game for their kids while riding the subway or taking a quick car ride.
I think it's great that the series animation being done has shifted to adult audiences and I think that it would be equally great to see all these preschool NYC pros start to play around with the online app market. Everyone has been trying so hard to figure out the right formula for viably making animation go viral - I think apps are it.

dude, why are you still preaching about the industry? you worked on children shows... and seriously, being the president of ASIFA and all, doesnt mean you are actually one of those vets thats there from the start.
East Coast, Animation Collective closed down, World Leaders closed down, and Little Airplane also closed down. why do they all closed down? because these studios all suck off each others crap, same boring stuff, no kids dumb enoughs going to care about.
Not to mention the over dose of "free workers" called the Internship.
its 2011 man, not the 70's or the 80s, we have Flash, Cintique, and we have Avatar the last air bender. Instead of thinking what to write on your blog all day, or history of the world, go study! and make something NEW! learn to draw HANDS???

Anonymous,
Thanks for the comment.
None of us was there from the start at this point, except the ghost of J. R. Bray. But, that doesn't stop you or me (or anyone) from having thoughts or reflections on where we've been or where we're going. Nor do having those conversations stop us from studying, drawing hands, or making something new. It's all good.