Observations on The Animation Thesis Process and Student Mission Statements 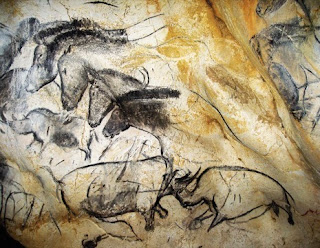 Since it’s graduation time there’s a lot of animation student thesis films in the air. Even though all the local animation schools have their own culture and methods of teaching animation, they have one thing in common, which is the promotion of the idea as the animator as a filmmaker/auteur. This is why animation art students are expected to be the writer, designer, animator, and producer of their own films. Some even supply their own voices or music, expanding on their creative juggling act even further. For the students ready to do all this, it’s a great opportunity to strut their stuff. For the rest of the students it can be an uncomfortable uphill battle, at best.

I think this is a big problem with the local animation educations. How does it make sense to take a senior who is still having problems doing basic animation and require them to take on those other roles at the same time? Besides, the experience of completing your own film from start to finish in complete solitude doesn’t really prepare one for the idea of working in collaboration with other artists, a skill students will need to master if they are to build a career in animation. I think encouraged or mandatory collaboration could be the key, where small groups of students work as production units and make a film together. While that wouldn’t be without its problems or challenges, there would be a potential gain in how students could keep each other honest and hitting deadlines. The whole process could be overseen by a thesis advisor, which would help mediate any conflicts (both personal and creative) that arise. Not only could this make the quality of the films higher, it would result in better reel/portfolio samples, and (most importantly) ensure that the students learn key lessons in communication, teamwork, and production.

As the system stands now in the local schools, besides making their own films, students are also required to hand in a short mission statement concerning their vision as filmmakers. I think these are very instructive, not only to see where the students are coming from, but also as proof of how their educations in our local institutions could be improved. Looking through all the mission statements I kept coming across the words “worlds” and “universe.” For the students using this description, their attraction to animation was that it let them create unique worlds, and, or, their own universe. On the surface I get that. Animation does give its creator Deity-like powers to invent everything in an animated film, but what level of that should be in the hands of a student that has problems drawing the most basic of movement? The freedom of a thesis film puts all that responsibility squarely on the shoulders of students, whether ready to create an entire universe or not.

I also worry about the lack of standards that may go along with the “it’s my world” outlook. There’s a great potential for uneven or unfocused work under that umbrella because it makes such a great catch all excuse and defense for weak results.

The next bit that lots of the mission statements had in common was the idea that the filmmakers make work for the approval of family and friends. That is a sweet, honest, and understandable sentiment, one that is representative of the starting place for just about every animation professional. Who among us didn’t start out making films or drawings for their immediate family and friends? That truly is our first audience. It’s often a place of unconditional love and support. But, a college graduate stepping out into the world has to broaden their horizons because he/she will put out next works as professionals ready for professional critique. Once a part of the industry, there is a new set of standards, ones that are much more critical and objective. I’m still trying to learn how to better take criticism from my peers and mentors and I’m 37 years old! I'm proof it can take time to truly get to the stage where you’re ready to hear a real critique of your work; so don’t put that off longer than necessary!

On a very positive note, many of the mission statements demonstrated a desire to become a link in animation's collective chain, to honor the past by trying to create worthy works for today's and future audiences. That's a powerful and primal motivation for doing art, reminding me of the bridge between eons of humanity you experience in Wernor Herzog's new documentary feature "Cave of Forgotten Dreams," (pictured above).
Posted by David B. Levy at 12:54 PM

Great Post David! Really speaks to where my thoughts have been lately. However, the one issue that has been my stumbling block is this: when grouping students together to work as teams, how do you tailor the experience such that every student has the opportunity to play every role in the production process--not just the one that they are good at? I can see a lot of work being shoved on the shoulders of the student who can draw/animate well, but the students who really need the practice drawing/animating getting relegated to coloring or backgrounds or clean-up. As much as I love the idea of a student team producing professional quality work, I'm concerned that it might not be a balanced experience for every student. Thoughts?

Hey Smudge Animation,
That is a great question. It would be a waste if there were students in the equation that were relegated to grunt work or something so narrow that didn't involve helping to "co-author" the film. In the ideal scenario, all would share in the more menial production tasks like scanning, coloring, compositing, etc... but maybe there could be key "authorship" roles assigned per student: director/writer/art director/lead animator/etc... This is very much the way live action thesis films are broken down at the same universities.

Hi Dave! Perhaps the local schools could learn from the way BYU does their final year films. From my understanding all the students pitch their films and vote on the one to make. That student becomes director and all the rest take up positions on the film. A lot of the animators, lighters, texture artists, layout artist and modelers get snatched up by the big studios right away because they were able to hone and show off a specific skill. Everyone has a high production value short to show at the end. Downside, like the real world, only one person gets to be the director.

Chris, that sounds also like the way thesis films are made at the Gobelins school in Paris. Similar system. I think there is something to all this. Better results, with a more valuable learning experience. The one director thing doesn't bother me much because each key author of the film has a "director" like influence over their area.
There used to be the argument, "when else will a student get a chance to make their own film?" But, that doesn't hold water anymore. A student could make a film in a month in their own living room, without the school's help.

When students ask me "What is the fastest way into the animation industry?" I always say the same thing:

Pick one discipline and get your work to a professional standard.

No-one will hire you if you're work isn't worth paying for, and the slowest way to get there is by doing ten different things at once.

I love that some schools want to foster a new breed of auteur all-rounders, but I worry that students run the risk of emerging with broad experience, but a sub-par demo reel.

Better to focus on one thing you like doing and become world-class.

I just finished a graduate program that works exactly like how you describe - Carnegie Mellon's Entertainment Technology Center. For most of the two years we work in small teams on a variety of projects that usually last a semester. On occasion, a student pitch project, where a team of students form and pitch an idea, will be approved by the faculty to be funded for that semester. This past semester I was on a student pitch project to do an animated short film. Animation pitches are hard to get through, because a semester is a good time to prototype something innovative (which is what the school emphasizes) and less so to complete an actual final product. But even though we only had a semester of actual production, we had been working on our own time for the past year on the story and concept art and designs because we all love animation. Our team was 6 people split up into an animator (yep, just one animator!), technical artist, director/producer (who also did the compositing/editing), writer/sound designer, storyboard artist (who later jumped in to help me with texturing and lighting), and I was the art director. We had an outside composer and voice actors. And honestly, this has been the best team experience I had at school. Since we all brought such a wide range of skills, we all had something unique to contribute. And we had to learn exactly what skills were needed for something like this when we were forming our team. It was also great that we could just focus on the few things we were in charge of; I couldn't imagine trying to make the entire film all by myself. We also tried to run our project as much like a real studio as possible to best prepare us for working in this industry. And working together for that long means that we've all formed an inseparable bond and I consider my teammates lifelong friends. This was such an invaluable experience for all of us, and I'm grateful that I had the opportunity to do something like this while still in school.

The underlying question is: what is the purpose of an education?

The other side of that: what is the duty of the school?

Animation is a trade, sure, but more importantly it's a technique for visual, narrative, literary, musical and untold other forms of intellectual exploration.

Should a school task itself with the installation of industry standard trade techniques, then these should clearly be the focus of a student's cumulative work.

If a purpose of a school is to develop methods of understanding the world (included are technical skills) for the purpose of contributing to a universal dialogue then a significantly different approach to thesis work is required.

These may sound like haughty, egg-headed words -but the end result of these academic policies shape not only this little field of filmmaking but vast scope of how a society functions intellectually.