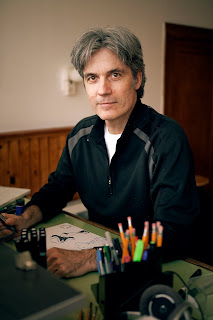 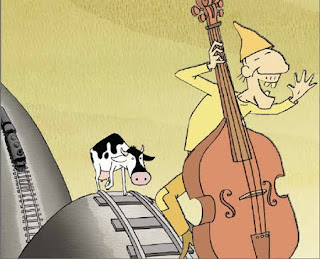 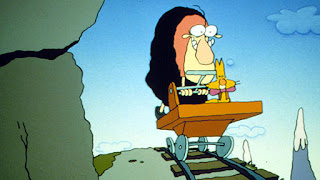 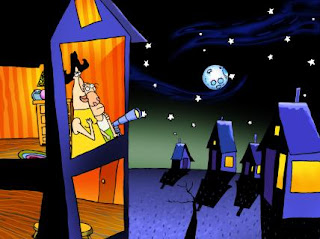 A still from Strange Invaders.
Posted by David B. Levy at 7:49 AM

Wow Dave, what a treat!

GREAT interview. Love what Mr. Barker had to say about timing,
especially.

''The Cat Came Back'' is still one
of my old time faves. Such a masterful piece of work, and SO much fun.

If you do more of these (new ones), it'd be great if you could manage a conversational interview. Those can be tough to arrange and are more work but I'm sure you'll agree the ebb and flow of the conversation can be rewarding.

Not that this isn't great. Thanks!

Thanks for the encouragement, ROC. I am planning some new interviews (which I would like to make more conversational, as you suggest) and I'll also sprinkle in more old ones like this. I have about 100 such interviews in my archives with animation folks of all stripes. It's fun to plan a series of posts with these.

Thanks for the comment, Dagan. Glad you dug the interview! More gems on the way in the coming weeks...

Thanks for sharing it with us! The part that hit home the most for me was the discussion of audience response, and how painful it can be when they don't laugh.

Thanks for the enlightening interview. would definitely love to know more about the other Indie Animators :)