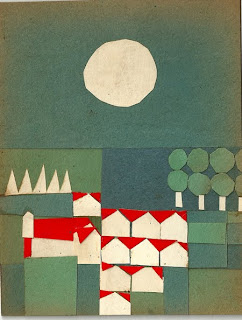 I don't think I'm unique in being fascinated by the time immediately before I was born. For me, that decade happens to be the fascinating and transformative 1960s, so that certainly doesn't hurt none. All my life, the 1960s have had a distinct pull for me from music to movies to history. Most importantly (on a personal level) it's when my parents met, married, and settled in Long Island where I was later born and raised.

Now my lifelong interest in that era has gone one step further in that I'm making a short documentary animated film about how my dad, Bob Levy, unexpectedly came to go to Cooper Union, graduating in 1961. Each day on this film connects me with that time, and with my family's history. It's an experience I'm relishing, and maybe that's why a film I wanted to be finished in a month is taking me four times that long.

Making personal films exploring family history, is allowing me to bridge gaps in my past and that of my ancestors. It's been said that you should write what you know, or do the research until you know what you write. As part of the research process, my dad and I turned his house upside down to find his artwork from the period so it can appear in the film at key moments. In one closet (as his three curious cats looked on) we stumbled upon some of his random creative and business projects from the early 1960s. There were original song lyrics (I had no idea he had tried to write songs), artifacts left over from a successful silkscreen printing business he co-owned and operated for two years, and a stack of cut-paper Christmas cards (images above and below) that he made but never got around to printing.

I thought it would be fun to share some of these designs here, especially with the holiday season just around the corner. Happy Holidays from one magic decade to another. 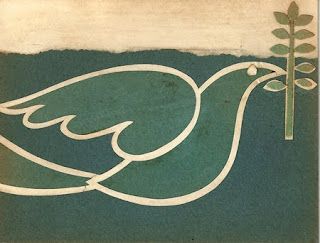 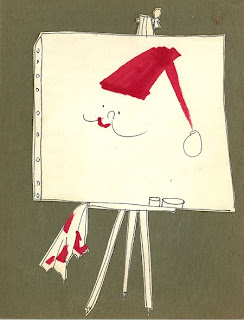 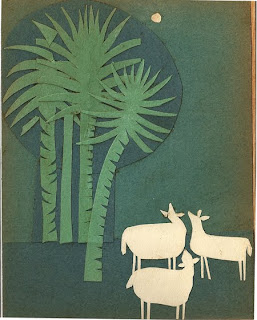 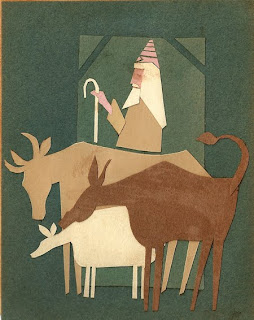 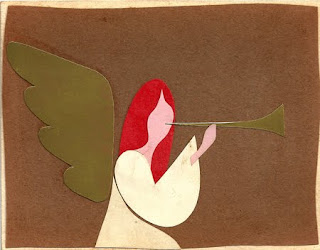 Those are amazing Dave. I am always in awe of your talented family.
Mary Staab

Glad y'all like my dad's designs. There's about 30 more of them that I didn't scan... maybe one day.

Wow, the film sounds very promising! I am absolutely fascinated with Cooper Union, especially circa the 1960's and
70's... Very cool!

These cut-paper pieces are so elegant and charming... Can't tell if your Dad used an airbrush or if the color is just fading from the construction paper (leaving those brownish edges) but it gives the pieces extra charm... Love all of them!

Remind me to tell you my favorite Cooper Union story... I have a couple of friends and a cousin who attended, and I never get bored of listening to them speak about their time spent in those hallowed halls. :)

I hope you work with these styles in the film.