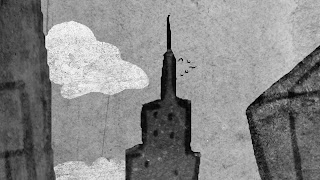 I don’t know what I’ll be working on professionally, year-to-year, so the only way I know if my career is on track is by making sure I'll have new experiences. All of us get some degree of new experiences through the work we do for clients, but the most reliable source for new challenges is from creative works you generate your self.

Since 2007, I’ve amped up the regularity by which I’m making indie films (averaging about 1 every year-and-a-half), and these projects ensure that whatever happens in the economy or to our industry, I’ll make my own new experiences no matter what.

Films allow one to experiment with so many elements: the visual development that usually takes place at the beginning, the approach to the storytelling discovered in the storyboard, the pacing of the film established in the animatic, the style or design of the animation that emerges as you draw picture after picture, the audio styling that tells half your story and in ways that the visuals couldn’t alone, and the fabric that is all these elements stitched together in the final product. The indie short filmmaker has final say over all these ingredients–– there’s truly no other venue (as animation people) where that freedom exists.

Another thing I appreciate, is how these projects give us something positive and creative to occupy our thoughts. Sometimes while I’m walking, about to go to sleep for the night, or brushing my teeth, I’ll get an idea of how to restage my scene-in-progress, or a solution for a tricky camera move, or maybe hatch a new name for the film. In short, when you’re working on a personal film, there really is no time away from it. You’re always thinking about it, improving it in your mind, and forever going through the creative process. I find this to be a very addictive.

Once a film is done it’s like preparing to launch fireworks. Some are duds, and some explode to their full glory maybe even going beyond expectations. But, unlike fireworks, after a film burns through a two-year festival run, it still exists, building up a body of work for the filmmaker. Above and below are stills from my new short, which is only days away from completion. It’s almost time to aim it away from my face and light the fuse… 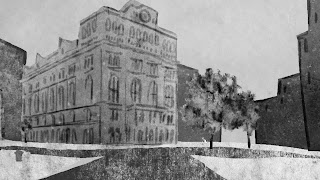 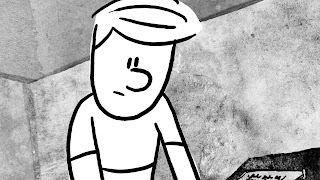 i like the images from the new film! lookin good

another in the can! congrats!

Hey, thanks so much all! It was fun to try out some new approaches (well, new for me) in this film.

Everything looks and sounds great.. After watching your indie films and learning about your work ethic, I've decided to make a short film every year. You inspire me to do so. Keep up the great work, David!

Thanks for the teaser, Dave.

Thanks, also, Kaukab and Mike.
I'll be announcing a preview screening of the film soon on facebook and other channels.