The Loneliness of the Long Distance Pitcher 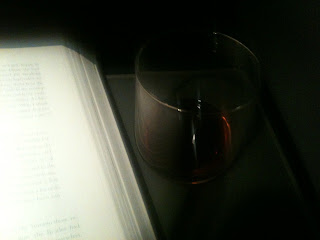 Last week I crammed in a three-day whirlwind trip to LA to pitch a new project with my co-creators, the Levinson bros. Our reception ran the full rollercoaster from red hot "I wouldn't change a thing" and "this is just what were looking for," to "Love it, but we don't need it" to "I like the tone, and one of the characters, but..." to a scathing rejection of every single element. Ouch!

Three things I was reminded of this week:

One is that development execs are people like you and me (duh), albeit probably better paid. As with any group of "real" people, they can't be reduced to a single stereotype. The execs we met with were motherly, aloof, sympathetic, bored, excitable, opinionated, tight-lipped, lackluster, and inspirational.

Two, because of the above, showing a project is akin to a rorschach test, probably saying as much about the exec's pysche as anything else... The variety of reactions on one project could be comical at times. One exec said "your character is too mild and meek," the same day another declared "I'm not seeing the mild and meek side of the character." Moments like that can actually help a creator relax. Because, what does it all mean anyway?

Three, during the pitch process creators collect A LOT of data on what the networks are currently looking for. And this brings up the great dilemma: what the hell to do with that info? If you want, you can let this outside influence in, and return with a paint-by-numbers show tailor-made to these instructions. In the past, that's just what I'd do. It was like a game to me. But how often did that new idea really connect with "me"? The truth is that the best creation comes from within. When Pen Ward built the odd, random, and fun world of Adventure Time he did so from an honest place that was so real to him... It WAS him. But now some execs use his show as what they expect from you too.

One exec summed up what they are looking for as being louder, wilder, and even more random than Adventure Time. But I can't help believing that the next big thing won't be defined by Adventure Time, just as Adventure Time wasn't defined by SpongeBob. History taught us: Looney Tunes beat Disney by not being Disney.

So what to do with this feedback? Maybe it's my age (half my stubble is gray now), but I'd rather be ME even if it paints me eternally uncool and uncommercial because I've learned-- if it ain't personal, it's nothing.

Speaking of the personal, this trip gave me a chance to meet up with two sets of cousins from my fathers side of the family, whom even my father has never met. So it was pitching by day and family reunions at night. Ironic, in a way, because that's like following one type of stress with another. As accustomed as I am to pitching now, it still requires a great deal of energy and nerve. After a meeting, the toll of the experience hits me. There's always a deep breath as I walk out the door.

But, instead of creating added stress, these pitches made meeting "new" family seem like a break or reward at the end of the day. Happily, my new extended family were all wonderful people. It was a joy to make their acquaintance and help build a bridge across time.

We are all the descendants of my Great Grandfather Isaac Levy. 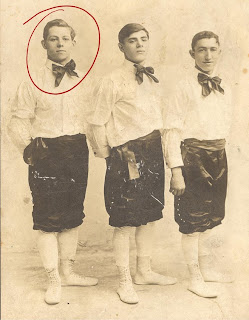 Isaac was head of an acrobatic trio that preformed in vaudeville with my Great Grandfather being the strong man (bottom guy). They once shared a stage with Eddie Cantor. One of Isaac's daughters went into showbiz too, shaping her three children into a successful family of Flamenco dancers and singers that starred in an Oscar-nominated short called "Bombalera" in 1945.

It seemed natural to be meeting some of Isaac's offspring in the industy town of Burbank all these years later. Whatever the fate of the pitches, connecting with my relatives gave me my "Hollywood" ending. 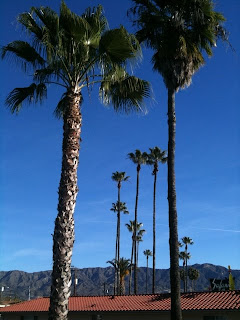 I miss California, first time I went to Burbank, and got a chance to catch a Hall n' Oates concert.

Now, as for your third reminder of this week, why should adventure time be the muse for upcoming shows? Granted, Adventure Time is a creative and funny show, but there has been other shows that are just as successful, creative and funny. Wilder, and Louder isn't always better.

Is it true that there are seasons where for 6 months or so execs look for nothing but comedy, then later on other genres?

From here is it wise to pitch to smaller productions houses or self promote your project via blogs or Kickstarter?