Relationships in Your Career 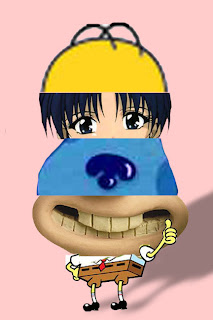 Today my SVA Animation Career Strategy class begins, stretching on for the next fifteen weeks. This is the class that has served as the foundation for my book, Your Career in Animation: How to Survive and Thrive. In each class, I stress the importance of valuing relationships in this industry. We know in our minds and hearts the hopes and desires we hold for our careers. Some of us want to direct, animate on a feature, become an art director, helm their own series, and so on. It would be naïve for us to assume that our co-workers don’t have similar dreams or aspirations. The person getting coffee for a producer today becomes the producer of tomorrow. It happens again and again. If we take the time to create and nurture healthy relationships now, it strengthens and grows our own opportunities in the future.

Of course, with burning bridges, the very opposite happens. The complication is, we’re never going to get along with everyone, nor become automatic best friends with a whole crew. The point is that we should acknowledge how we all have similar goals, are interconnected, and are each deserving of respect. Since this is all pretty abstract I thought I’d use the crew of Blue’s Clues (1996-2004) to illustrate my point. Whatch how these staffers of humble beginnings grew into forces to be reckoned with, only a short time later.

In the list below, “then,” describes the individual’s first role on Blue’s Clues. This list is far from complete. It’s merely a survey of the natural progression of some stellar people, and it’s pretty inspiring to note that all of the below are only just getting started. Imagine how we might update this list another ten years from now!

Samantha Ettus-
THEN: production coordinator.
NOW: Media personality, author, and syndicated columnist. She is the creator of the bestselling Experts' Guide series of books, offering knowledge seekers trustworthy and entertaining advice in a "CliffsNotes" format. www.samanthaettus.com

Adam Peltzman-
THEN: scripting coordinator.
NOW: Head writer of The Backyardigans, writer for numerous other top series, as well as the creator of his own Nick Jr pilot, Monster News. Currently, with more projects in development.

Sarah Landy-
THEN: Intern/Executive Assistant.
NOW: Manager of production and development for Nickelodeon’s Nick Jr. Department.
Posted by David B. Levy at 8:50 AM

My name is Dave Schlafman and I'm an animation director in Boston. I teach Senior Animation Portfolio at Massachusetts College of Art and Design. Your book is part of the curriculum, and your blog is rich with real-world experiences. Thanks for sharing, and I'll point my class here next week. Keep up the great work.

Hi Dave!
Wow, great to hear that the book is useful. And, nice to know that the blog is serving a need to. I'm enjoying doing the weekly postings. Thanks for pointing people my way. I guess us Dave's look out for each other. : D

Do work at Soup To Nuts? I'm working with a Boston studio now and have great appreciation for the talent in beantown.