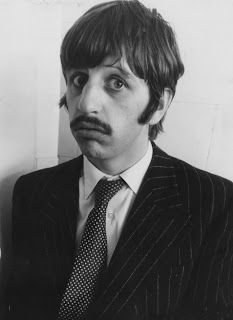 The truth is that one can be part of something (like an community of independent animators) while still feeling apart from it. My feeling is that like-minded people always find each other and form close relationships. I believe that’s what goes on in this community, more than any deliberate exclusion. In my mind, the modern era of NY indy animation began when twelve animators banded together to create the two compilation DVDs, Avoid Eye Contact Vol.1 and 2. This action separated the past from the present. The past model had independent filmmakers acting alone, making films and entering festivals. Avoid Eye Contact presented this challenge to status quo:
1- Animators don’t have to act alone (anymore) to promote their films.
2- Through the DVD we can define ourselves as “The Best of New York Animation.”

Twelve people acting together can have the audacity to say that they are “The Best of New York Animation.” One individual would never have said that, and so the break from the past tradition in this community is obvious. The new era arrived through a $10 DVD!

“The Best of New York Animation,” was the official subtitle to Avoid Eye Contact. Not only was this new group willing to enter into a joint-venture to cross promote their films, they were also seeking to define what “The Best of New York Animation,” might mean for the present, and also for posterity. While this was a good commercial tag-line, which probably helped to sell DVDs, it also instantly made this an exclusionary compilation. So rich is the NY animation scene, that the artists and films left off the two DVDS (to date), threaten to outshine what was included.

Of course, there’s no stopping anyone not included on this two-volume set from making their own collectives, featuring a whole host of other artists. The fact that this hasn’t happened shines light on just how special the Avoid Eye Contact artists were. These 12 were fully committed artists ready to promote like-minded filmmakers to a mutual benefit. The DVDs may be inadvertently exclusionary but, the model of a joint-venture by independent artists, belongs to us all.
Posted by David B. Levy at 8:07 AM

Enjoyed the post Dave. I've definitely noticed what you're talking about and wonder if that's what makes "independents" independents: they all feel like they're alone, whether or not that's truly the case. I would include myself in this kind of confused, self-imposed ostracism.

Anyways, I'd been sitting on a post for my blog for a while now where I was going to talk about why I bother to be the financially destitute malingerer that I am and your post has pushed me over the edge to go ahead and write it:

Hope you don't mind the shameless plug, I think it's kind of "on topic".

I also wanted to add that I was happy to see you cite "Avoid Eye Contact" as the point at which "the modern era of NY indy animation began".

I was a senior in college who had become disenchanted with "fine art" as a personal pursuit and was drifting back toward animation when I came across this DVD. I watched those films repeatedly and they were really an inspiration to me. They reminded me that the big-studio career was not necessarily the only choice out there and I've heard from others who feel the same. I hope the animators involved realize the importance of that disc.

Thanks for the link to your blog post, Tim. Well said stuff.

I'm not surprised to hear the influence of Avoid Eye Contact on your generation of independents.

Hi, David. I'm a first time reader, but after that post I have a feeling I'll be returning (loved it!). I had to let you know it brought to mind an animation by happyfatties called Three Geniuses and Ringo. Check it out if you can: http://www.mytoons.com/animation/play/14609.

In a way, I kind of agree with the "those people..." statement. Kinda freaky because I was thinking about the difference between L.A. and N.Y.C on the subway today. One of the things that came to mind was how close we all were -- mostly because the business is so small and NYC has always seemed like a "family" city. Of course, I can't really say for sure.....I still have yet to see L.A. , but it's just an assumption. ;)

The production of the "Avoid Eye Contact" DVD reminds me a little bit of the "Animator Jam Sessions" -- like "Life" (which I first saw on Atom Films under Mo Willems) and the Drinking and Drawing sessions with Frederator. The end result always ends up so rich and REALLY funny. Brings us all together! Do L.A. animators do stuff like this too?

howdy meredith,
welcome to the blog. thanks for the link to the beatles animation. Fun stuff. Some nice moments in that.

Hi flea,
I think NYC animation has a community spirit all its own that you will not find anywhere else. But, L.A. has its own advantages, as we've discussed in earlier posts. Home is anywhere you hang your head, as they say.

If it can not impose peace, can convince by example. -----