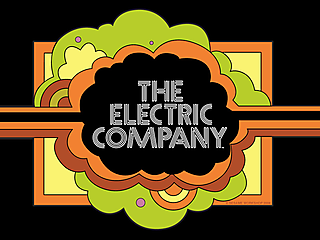 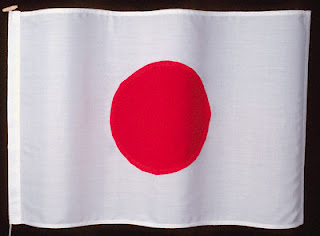 It’s kind of comical how often us animation artists find ourselves, at the conclusion of job, standing at the edge of the unknown. When will we find work again? What will be the next project? My crew and I finished up work on Adult Swim’s Assy McGee (for Clambake Animation) in early April, so that marked the end of my latest full time job.
The timing was perfect–allowing me to devote time to finishing my second book for Allworth Press. The rest of my time has been split between my writing duties on a new upcoming preschool series and also on a new personal film.

For the last two years I’d been hearing about PBS/Sesame Workshop’s new Electric Company series slowly lumbering into production. When word rang out that the series was seeking animation studios to produce 30 second spots for the series, I helped them spread the word, throwing out the lead to lots of great studios (one of them being Clambake Animation.) Some months later, it dawned on me that maybe I should have thrown my hat in the ring too! Happily, by the time I expressed interest to the Electric Company, it wasn’t too late. For their animation spots, the production wanted to hire studios, not individuals. Since I’d just finished a happy experience working with Clambake Animation, I proposed that Clambake and I team up and pitch our selves as a production unit. Just as we had produced Assy McGee, I’d be directing from New York, and they’d be the animation house in Boston.

The combination proved desirable to the Electric Company and they quickly offered us four spots, which soon grew to six. So, here we are, back in business. We’ll deliver all six spots by mid August, making this a short and sweet summer job. Perhaps, best of all, this production allows Clambake Animation to hold onto their creative staff from Assy McGee. At first we were going to be working with an in-house designer at The Electric Company, but then that plan changed and I was able to bring in New York designer, Al Pardo, to handle all the character design. Clambake and I are very excited to get to collaborate again, this time for a children’s series in a completely different style then our last project. We’ll be doing fuller animation on these spots, which is another nice opportunity you don’t have on an Adult Swim series.

One problem of back-to-back jobs is that it makes planning vacation time a tricky business. This a problem all freelancers and short-term workers face. At some point you just have to book a vacation and let all work that might be offered to you during that time, be damned. My wife and I were trying to figure out where we might we want to travel, without a clear idea of where or when. I had entered my film, Good Morning, at the Hiroshima International Animation Film Festival, prompting us to a running joke, “Well, if Hiroshima accepts the film, we’ll go to Japan.” We’ve repeated this to each other for months. I’ve entered every film I’ve made since 1998 into this prestigious festival, to no success. Imagine my surprise when the Hiroshima festival sent me an email announcing my film’s acceptance into competition and inviting me to Japan! I’ve long dreamed of cracking into Annecy, Ottawa, or Hiroshima with a personal film, and now it’s finally happened!

Somehow I find it all the sweeter that this was a goal not easily obtained. And, since I didn’t have instant success with my indy films, the fast track option was not available to me anyway. I am in awe of the power of animation and how a ten-day production such as Good Morning, born of inspiration, can open so many doors. Time to get back to finishing my next short.
Posted by David B. Levy at 8:10 AM

Congratulations Dave! That's great news. I hope both the PBS spots and Hiroshima are great experiences. Sounds like you have a fun summer ahead of you!

Congrats Dave! Have fun in Japan.

thanks guys!!
I'll definitely be blogging about Japan while I'm there and after.

congrats on the festival!

Before then, looks like work will always allow a lovely trip to boston if you really feel like getting out of NY. The fung wah bus is a little cheaper than airfare these days.

alas, boston is no japan.

Thanks for sharing your advice, and annecdotes, about trying to take a break from job after job, and I hope you enjoy your "working" holiday.

Talk to you soon!

First of All Congratulations!!
and after that I just want to Thank you for your book. I bought it a week ago already read the whole book doing a re-read right now. Thanks to your book I am getting my way back to an Animation School!
I left everything related with animation and drawing behind because of my job, girlfriend and Baby but now I am retaking everything! Feeling energized!!!

Wow, Zerohart!
That's very high praise. Thanks for all the kind words. Best wishes to you in your career.