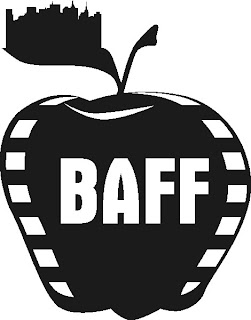 At the New York panel event to launch my new book, Amid Amidi advised the audience to ask themselves, "Why do I want to have my own TV show?" It's an important question for any would-be creator to answer because your motivation can help determine whether or not you should expend your energies toward that goal. As creative people we have a choice of where to spend that most precious of resources—time. The options we have and the distractions that might pull us away are innumerable. But if we ask ourselves "why?" before beginning a creative project, we might find a clear reason to see the project through and eliminate all the other possibilities.

It's just as important that we ask "why" we want to make an independent film. I've made two films with the sole motivation of wanting others in the industry to take me seriously as a viable creator for a TV series. Not surprisingly these are my least successful films. Neither one connected with an audience nor did they win the validation I was seeking.

When I made the film "Good Morning," I wasn't setting out to make a breakthrough indie film, see it aired on Noggin or accepted into the Hiroshima International Animation Festival, but that's what happened with this heartfelt film. I was coming out of melancholy period in my life and something from inside drove me to make that film. When I started it, the film was only going to be something to share with my wife. The first eight seconds were animated while she was busy in another room and I couldn't wait to share this animation with her. Showing it to anyone else was an afterthought.

My wife recently made a film and had a similar experience. While she's a creative person with diverse talents, she wasn't planning on making a film, let alone a 50-minute documentary over a two-year production time, but that's just what she ended up doing. Why? What was her motivation to devote so many hours, days, and weeks, as well as pour personal expense into this project? And, what motivated her to stay the course through each thankless and unglamorous stage that stood between her and the finished film?

She hadn't set out to make this film or any other film. But, when she saw a couple of performances by the all-female sketch comedy group, and met with the group members she felt compelled to document them and their work. She didn't know what she'd end up with; it was simply something she wanted to do.

When I first saw her picture lock, it was a very emotional moment. Besides my personal connection to the filmmaker and her sacrifices to make this film, I was deeply moved by the experiences of the four members of the troupe. On the simplest level, it's the story of a group of creative people trying to reach a goal and how the industry—and life in general--can put up endless obstacles. At the end of such journeys, very few look back from the vantage of wild success, but as creative people there is victory in being in the game and in knowing that there is another project, film, or pitch in us.

[I'm thrilled that a festival audience will soon have the chance to see my wife's film, "Desperate for a Laugh" at its official world premiere at the 6th Annual Big Apple Film Festival (BAFF), taking place on November 3-7 at the Tribeca Cinemas in New York City. ]
Posted by David B. Levy at 7:37 PM

Amid makes a very valid point.
There's incredibly pressure, I think, for animators to pitch and pitch.
It's a sign of status in the community.
"I got a meeting at CN!"
"I'm meeting with Bjorn Booble at FOX!".
"Nick didn't like my thing but want to see my other thing".
etc etc
I feel it's something I should be doing but I don't have anything I feel passionate about to want to make into a television series.
I suspect it's the same for most of us, who want to make SOMETHING rather than something in particular.

On another more exciting (and much more interesting note) Deb's film rocks and we'll try and make it to the screening.

I never thought about it like that before, but I see your point that it is a sign of status in the community if you pitch and take meetings, etc. But, happily it is but one sign of status. People also get status for making indie films or from their talents working for others or from just being decent human beings.

I know you haven't personally felt the pitch bug, but I think it is interesting that you have chosen to make films with recurring characters. I love that you made your own self-produced series! And it does show that you have a latent interest in the series format. I bet you get pulled in to the pitch world some day, but when you do–– it will be on your terms, and you will have all your hard work to thank for that.

And, yes, Debbie's film does rock! I hope a lot of folks can come join us for her screening at BAFF. Details to be announced.

"People also get status for making indie films or from their talents working for others or from just being decent human beings."

I don't entirely agree with this.
You are an incredibly giving person so I can understand why you might think so.
Perhaps I'm not quite so generous (or maybe I'm more gizzly or something).

I'm torn about it (as I am about so much in our industry these days).
Boxhead and Roundhead developed over a year (and are still developing).
In 5 years it's really the only thing I would ever consider taking to a network because it the only thing I've got that I'm really passionate about.
I've actually been working at expanding the universe into a broader more commercial version - or at least one that doesn't make me miserable.

Recently, my experiences at the NY Television Festival have strengthened my belief that pitching to commercial avenues probably isn't for me.
I've proudly worked in a commercial field my entire career and maybe that's the reason that the things I respond to are not really considered "commercial" - what a contrary bugger I am...

I think this can apply a lot to recent grads too;

Speaking on behalf of my RISD former senior class, the "best" enjoyable DPs were the ones where the senior behind it was the most passionate about his/her subject matter-- that was what led them to make those good films.
In those more charming/individual films, there was much more than the obsession to make the best work ever. In retrospect it makes much more sense why Amy and Bryan forever lectured against the desire to create the best project ever...in our classes.

Also, some of the best big works *just somehow* happen to be the "first" works-- there's an odd charm to those.
(Recently became re-enchanted with Snow White)

At this state in life, I'm already torn. Indeed, motivation is always so oddly double-sided!

As far as motivation for creating, I like a quote by English composer, Gustav Holst:

"Never compose anything, unless the not composing of it becomes a positive nuisance to you."

Unfortunately, I see little connection between pitching and creating. Pitching is selling purely and simply.

Eunice,
Your mention of Amy and Bryan's warning to avoid trying to make the perfect film predicts my next Animonday's post topic!

Michael,
I think what you're saying is dead on true most of the time. But, there are times when one creates a pitch freely without making it too much to order for the market. I struggle to create pitches that way but I'm not always successful. I suppose some taint of "knowing what the buyers want," will always creep in. And, I think that's why I'd lose my mind in a hurry if all I did was come up with TV show ideas.

Terrific quote, George.
That's exactly how I choose what the next film I'm going to make will be.