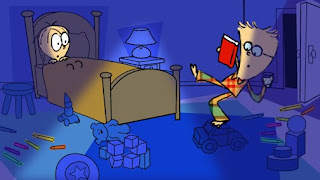 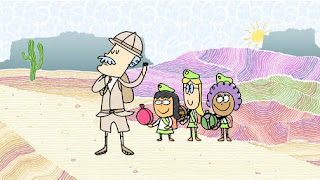 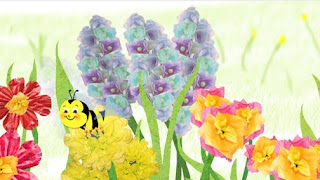 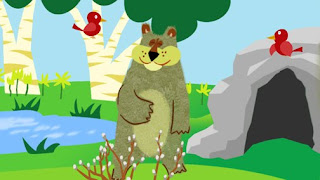 During the last two or three years, the lack of consistent work among my generation in the animation industry has been, in some ways, good for us. Between the years of 1997 and 2006, many of my colleagues and I were continuously employed on long running series projects that offered comfortable working conditions, competitive wages, 401K plans, and health insurance. With any luck those good ol' days may come again, but until they do, there's no over looking how these times have transformed many of us for the better.

Take the loosely organized animators that make up the production team known as One-Stuck Duck as an example. These collaborators (comprised of Bob Fox, Chris Timmons, Michael J. Smith, Robert Powers, Claire Scholssstein, Jeremy Sawyer, and Christopher Conforti) have made three films to date with more projects to follow. Rotating directors per project, the rest of this team become that director's crew. I wonder if they would have gotten together to work on these collective indie projects had they enjoyed continued smooth sailing in the job market. Gaps between jobs (as well as the collapse of the Animagic studio and hostile conditions at other studios in town) might have proved an important incentive for these folks to take control of their own creative destinies. Instability has a way of doing that, encouraging the individual to look for answers within.

In the same vein, my friends Justin Simonich, Dayna Gonzalez, and Jason McDonald are enjoying new challenges and career milestones that may not have come their way during long term employment. Over a year ago, Justin Simonich (with Linda Beck), embarked on an groundbreaking documentary project covering the NY animation scene. Dayna Gonzalez added flash scripting for games and websites to her bag of tricks and entered a DC comics contest with art director Mike Lapinsky which, after winning a semi-final round, paid the pair to produce their Batman game. Jason McDonald took his love of all things zombie and channeled it into his continuing web comic My Living Dead Girl, winning international fans while developing his singular voice and vision.

The good years of milk and honey had the indirect result of making us comfortable and soft. Now that the economic conditions have changed so radically, the positive result might be that more of us get off our keisters and spend more time towards self-development. I can attest that the greatest break I had since landing my job at "Blue's Clues" occured when the series finally ended. On a series, you tend to work the same muscle over and over again. It was only after the safety net of steady work was pulled away that I had the flexibility of more time to develop other important skills.

Sure, I'd have a fatter bank account if "Blue's Clues" had continued, but I don't think I'd have proposed or written any books, developed and pitched as many projects, traveled to as many festivals, created as many indie films, or have had the chance to work in areas outside of preschool as I did on projects for Adult Swim and the Fox Network. My current freelance project (a series of 30 second films for Sesame Workshop, with backgrounds by Adrian Urquidez, shown in the four stills above), allow me to work as a writer, storyboard artist, designer, animator, and director. I can't think of a single long-term job that could compete with all that, but if and when I do, I'll be happy to entertain the offer. But, the real message is that the economic downturn has inadvertently created a renaissance of possibility for the individual. Carpe Diem!
Posted by David B. Levy at 3:26 PM

I couldn't have said if better myself. Yes, the economic downturn has presented a challenge, but why not put a positive spin on it to push yourself to do the things you never had time for before. You might learn a few things about yourself in the process!

Thanks for the mention, Dave! If I may, I'd like to add that the flash game could not have been done without the additional talent of Flash Programmer, Stephen Mead. The three of us worked together to develop the game and you can play it here: http://dcbeyond.kidswb.com/games/batmanbrawl. It is a Punch-Out style boxing competition.

In a perfect world, of course, we'd all be working and producing terrific work on the side.

Well put, Dave. I've come to love my "down-time" between projects when I get to put time and creativity into my own work. More artists need to take the incentive you mention with their own art. Yes, your own work is just as important, if not more so, than paid work!

Great post David. All too often, paid work is difficult to get inspired by. I hope more animators will take advantage of the economically driven down time to create the kind of work that taps into the original reason they chose this art form.

The big challenge will be holding onto this lesson when jobs are plentiful again. If you can do that, you'll be well positioned whenever the next downturn hits.

Dayna, thanks for sharing the link and reminding about Stephen Mead's contribution. He's great! Everyone should check out your cool game.

I find this an interesting topic because when I enjoyed full time work I really believed that I was giving it my all on my personal projects at the same time... but, really that wasn't possible. At least not the way I'm able to devote to them now.

I love how at-home-freelance allows me to be creative with how I break up my day. It has taught me to make each minute count so I can jam in as much as I can between 7:30 AM and 6 PM. I try to preserve up to two days a week just to tackle personal projects.

Two whole days a week specifically to your own projects! Nice. It would be interesting to hear sometime how you schedule your work on a daily, weekly, and long term basis.

I've been asked this a lot lately. My secret is waking up at 7:30 or 8, eating a quick breakfast, heading to the gym, having a coffee and starting my work day at 10AM or earlier. Then I just focus on the most pressing priority. There's usually short deadlines and long term deadlines. My short term deadlines are the due dates for the sesame shorts, and a long term deadline might be for a book I'm writing. I squeeze a day or two a week of work on the long term deadline stuff and carve out the rest for personal projects. It's not an exact science, but it works well enough.

I usually eat lunch within 10 minutes so that doesn't rob too much time. And, I don't spend hours a day surfing the net or checking facebook. My main goal (which I sometimes achieve) is stopping work each night at 6 PM. Often I'll work a full day on the weekend to make all this work.

This makes so much sense to someone fresh out from school and fresh in New York-- on my second week of internship already...

Wow. I especially second your response to Mike Rauch, because that schedule resembles much to my own during my last year at RISD-- although, I did take my extremely LONG breaks for the sake of my own sanity. And now, I don't get to take the LONG breaks because of the internship.

In terms of social life, the only difference now is that I make effort to keep in contact with "my people," my good friend from the animation department.

Well, that fifth year was a good training for this, I would say. And it was also my best time at RISD.
But yes, the new tough cookie fresh out of the oven says, on behalf of her class of 2009, it is still... quite hard though we hang on firm.