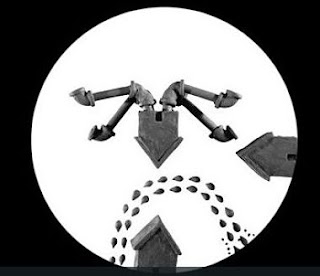 Recently the animation crew behind Nick Jr's Team Umizoomi, a production at New York's Curious Pictures, began a year long hiatus between seasons. Some of this talented bunch instantly snapped up freelance work, and so far, at least one, Andy Kennedy, used the time to finish an amazing indie animated short followed by a months-long bicycling adventure in South America. I suspect others on that team have simply taken a few weeks or months to catch their breath and enjoy some rare freedom. But, after a while unchecked freedom can equal boredom and wasted opportunity. Don't get me wrong, everyone is entitled to a break, but defining that amount of time upfront might be a good first step to making the most of such a long hiatus.

If I were among the Umi crew on current hiatus I'd be operating under three assumptions. One, at best, I have a year off with no pay to do with as I see fit. Two, the series could be cancelled during the hiatus resulting in no job to return to. Three, even if the series resumes, the hiatus could be longer than the estimated year. All three scenarios are possible and would lead me to a single conclusion: be my own advocate. This simply means: look for work, create my own projects, and all under the presumption that the worst outcome could prove true. With that, I'd be prepared and would have used my time wisely.

Some other realistic thoughts would be assisting me in my conviction. Yes, the production paid good wages for TV series work in NY, but is that still the case if my wages have to stretch to survive a whole unpaid year. Take what you earned last year on Umi and divide it in half. Does that rate still look so good?

My next thought would be to realize why I was laid off in the first place. It would have been too costly for the series to keep me on unless they had work for me to do. So, the production did what it had to, laying off a whole crew so there would be no waste. Just as the production does what it has to do to stay in business, so does the individual worker have to do what is best for them to stay in business even outside this one particular job.

Finally, I'd remind myself that my career goes beyond this one series production, so that means that my survival needs are long-term. I'd need to ensure the best possible chances for continued work in the field even when this production is gone. To that end, this year long hiatus is actually a shot in the arm reminding me to be proactive by:
-creating new work and freelance opportunities through networking and self-promotion.
-creating new samples and personal works of art, whatever they might be.
-treating nearly every day as a work day, even that means just working for myself.

A year can be either long and short, depending how you look at it, but either way, YOU decide how that time is spent, which especially so when you're dealt the opportunity of a year-long hiatus.
Posted by David B. Levy at 10:27 AM

Woot! My two big goals for next hiatus are 1) training for a marathon and 2) making another film. I think one challenge unemployed animators face is actually overloading themselves with too MANY projects, if you're the neurotic workaholic sort. I had a solid nine months of it last year (my first ever major hiatus in five years of being in "the industry") and drove myself nearly crazy with a series pitch, a blog, a painting series, and innumerable failed business and film ideas. Its just as important to prioritize as it is to keep busy. Sound advice all around, though!

Great goals, Sarah. I love that one is about fitness and the other work. We really do need that balance. I added a regular gym routine to my schedule about a year ago and it really improved my life.

I bet all you did on your first layoff will still come in handy. How great that you made all that art and created all those projects. Sounds like amazing self-development to me. Great stuff!

Thanks for your thoughts, Dave.


My advice to anyone on funemployment:
1. (remember out of work means out of work.)
2. Get dressed for "work" every morning
3. "work"
4. long naps are strictly battery-recharge
5. create your own work and show it off for once! You're free now to use the your fine-tuned talents any way you want:D

You probably have things now you didn't a few years ago. So go rock it! See you in the playground, my fine-feathered friends! I can't wait to see all hiatus results from a crew of talented hard working artists;)