My Year with Plympton 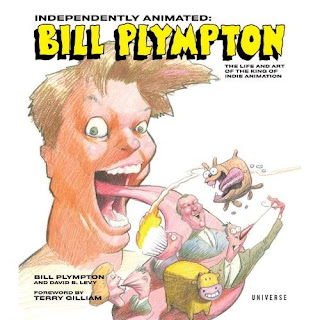 I'm far from alone in being fascinated with Bill Plympton's films and career. Trying to describe his impact, John R. Dilworth once said, "Is he not our God?" But, since I've got a whole blog post to fill, I'll try and say it in more words than that. Where the average indie animator completes an animated film on a strict schedule of once in a while to almost never, Bill makes one or two animated shorts a year and completes an animated feature every three years or so. While most indies painstakingly scratch out time to make a film in between work, freelance, and life commitments, Bill's earns his living through his shorts, with even commissioned work (such as commercials and music videos) done in his signature style. In all of animation history, there's been nobody quite like him.

Despite being familiar with Bill's work since I was 14 years old, and later, planning ASIFA-East events with him to celebrate his Cartoon Network 12 Tiny Christmas Tales special and recent feature Hair High, I never dreamed that my career would overlap with his as it did this past year.

Our recent period began when I visited him at his studio to record an interview for use in my book Directing Animation. When the same book needed a cover, my publisher, Tad Crawford of Allworth Press, suggested we try to feature one character that we could get the rights to without much difficulty. Together, Tad and I came up with the concept of putting a character in a typical director's chair and garnished with all the ol' school director's props. I wanted to feature indie shorts and features in my book, so it was only natural that my thoughts turned to Bill and the star of his popular "Dog" films.

So, I whipped up a cover concept sketch, grabbing a pic of Bill's Dog that I found online. I was a little nervous when I called Bill with the news that I had rough sketched his character into my layout. How would he react? But, to my relief he only asked, "When do you need the final by?" I was so grateful for his help, which was typical of his generous spirit. 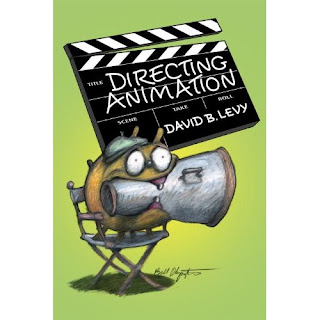 Almost a year earlier Bill asked me if I'd like to be in the running to co-write the book on his life and art, which was due to be published by the famous Italian art book publisher, Rizzoli, for their Universe press. So I quickly cobbled together my previous blog entries about Bill so that I could present them to his agent. A lot of time went by before Bill and his agent finally negotiated the deal, and, happily, by that time my name had moved to the top of their list to co-write the book, now titled Independently Animated: Bill Plympton, The Life and Art of the King of Indie Animation.

Getting a chance to work on a serious hard cover coffee table book about the most important indie animation artist of all-time was really a dream come true, and a great way to expand out of the how-to books I'd been writing.

As we got started I was thrilled to learn that the talented Chris McDonell would design the book with the huge task of wading through decades of Bill's art and photos. Chris would base the images on the text so Bill and I had to take the lead. A nice thing about this book is that its in Bill's voice. These are his words, just as he would relate them. So, my first job was to try to make sure the right stories bubbled up.

One pet peeve of mine is that established artists tend to repeat their same opinions and stories through the years. Certainly that happened with Chuck Jones. Knowing most of Bill's tride and true stories, I set out to steer him toward things he'd never related before. To help in this goal, I prepared 15-20 original questions on each phase of his life from child-hood to the current year and advised him that just by answering them we'd have the bones of our book.

It took me about 4 or 5 months to stitch it all together and create the right narrative approach, taking the book through several versions before we hit just the right tone. Bill encouraged me to punch up his text so the book wouldn't be too boring or serious, so I was able to add some puns or jokes wherever appropriate. Anything that sounded too "Dave Levy" got crossed out, (thank goodness) so after some experience I got better writing humor in Bill's voice.

Rizzoli editor Robb Pearlman also deserves a lot of credit for helping to focus our efforts. He was always encouraging and supportive, and I particularly liked that he gave me all his major edit suggestions during in-person meetings in his office. That gave us a chance to hash out some major issues in style and content. The book really benefitted from having these three sets of eyes on the text.

My favorite chapters to write were the three that were handed to me in the worst shape. It was fun to play text doctor and create the narrative flow that worked the best. I don't want to say which chapters they are because readers have a right to experience the book in their own way.

But, the book didn't really come alive until Chris added the images and page design. Of course, it didn't hurt that Bill had so much knock-out artwork. There's so many previously unpublished works included, and even familiar images are given new meaning when presented in the context of the whole body of work. Some of my favorite images are Bill's artwork and paintings from the brief time he attended the School of Visual Arts in the early 1970s.

A neat aspect of the book is how Bill sees his own work, in particular his self-criticism on areas where he comes up short. I didn't always agree with his conclusions, nor will the reader, but that's not the point. This is how Bill sees his life and art. Another nice aspect of having the book be in Bill's voice is that, despite his amazing level of achievement (including two Oscar nominations to date), the reader will see that he still has a folksy "aw shucks," way about him. It gives the book a warm humanity.

Shortly after we wrapped up the book, I made my latest short, Grandpa Looked Like William Powell. Recently I was blown away that Bill and Signe Baumane invited my film to be part of Kodak's annual focus on animation screening which will be on Jan 12. Bill's work is one of the reasons I make indie films in the first place, so I can't even describe how much it means to me that he appreciates my film. 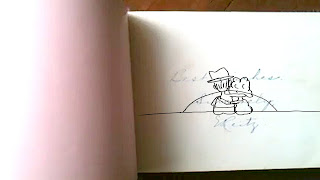 A still from my new short, which I consider my first mature work of film.

Spending so much time with Bill's life and work, and the man himself (we spoke on the phone almost every day during the writing of this book) changed me. It was impossible to escape just how serious he is about his art and how much fun he has making it. It made me want to sharpen my focus, improve my work, and take my career to the next level. I'm so excited that on March 22 all will have a chance to experience Bill's book for themselves. With amazing artwork, candid stories, and intriguing (sometimes controversial) opinions on the industry and its famous figures, it all adds up to one entertaining and essential animation book, one that will hopefully inspire you as much as it did me.
Posted by David B. Levy at 10:30 AM

Great list, Aaron. I think you got all the Chuckisms down. But, nobody should get THAT drunk. haha.

Looking forward to this, David! Thanks for sharing the process of writing. Sounds like a good read!
-David S