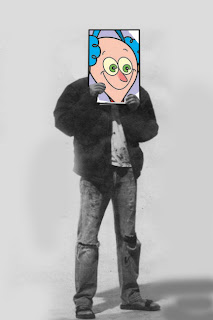 Forgive me another post on careers in animation. I just attended a great career panel hosted by The School of Visual Arts office of Career Development, where the emphasis was on getting your first break into the industry. In other words: how to land a job. The audience, composed mostly of students, asked lots of questions about reels and portfolios. Panelists, including Al Pardo, Phil Rynda, Mike Carlo, and Rick Lacy, reported on their first five years in the industry. They showcased killer reels and offered realistic advice. I left the event pondering the difference between a career in animation and a job-to-job existence in animation, which is really the next topic once you cover the “how to get a job,” business.

The job-to-job existence.
Most people won’t readily admit to having chosen this path. It’s sort of the default category for most people. There are lots of amazingly talented people that excel to the top of their craft, working job-to-job. These might be animators, designers, storyboard artists, etc. Like most animation artists, this group survives on their skills and reputation. Word of mouth is how we most often find work in this unique industry. The well skilled job-to-job worker who takes time to safeguard their reputation can look forward to lots of employment over the course of a lifetime. Animation productions need a large pool of this mercenary gypsy workforce. These are the first people contacted when it’s time to staff a show or project.

The only problem I can see with this existence is how vulnerable it makes one to the changing economy. In good times, they’ll be work, and in lean times, it’s less certain. Of course, this factor affects any one’s stability, even a career minded person. The difference is that the job-to-job worker lives at the mercy of this factor. The job-to-job worker does not create opportunities for themselves. Perhaps most troubling is what happens to the job-to-job worker as they age. Opportunities and salaries will eventually plateau. An animation artist can only earn so much, even on the best paying projects. Eventually, a ceiling is reached, and this could happen in as short as five years in the business. As we age, our needs change. We may some day want families and homes. The cost of life continuously rises while the job-to-job worker’s long-term salary will likely not keep up. Further complicating the matter are the students that flood out of the schools each year. Without the burden of responsibilities, recent students work longer hours and for less money than the older job-to-job worker. Over the long haul, the job-to-job worker’s future becomes less and less certain. Eventually opportunities diminish, not grow. Time is not on their side.

While establishing their reputation and mastering their craft (just like the job-to-job worker), the career minded person will also begin to create opportunities for themselves. Self-initiated projects are the rule of thumb here. It could be writing scripts, preparing pitches, making independent films, creating fine art, etc. All creative endeavors have the potential to open doors to future opportunity. Outside projects also help one advance on the job, helping one to become a director or department supervisor. Ultimately, the goal of the career minded person is to make an individual mark in their field of choice. Some career-minded people form their own animation studios, taking destiny into their own hands. Career minded people are also a the mercy of the eventual salary plateau, but all their self initiated projects can help to create a multi-income stream that allow them to not depend on each job having to pay an ever-greater salary. The career minded person puts fate into his or her own hands.

Perhaps the best, most simplest way to explain the difference between a job-to-job existence and the career minded is that a job-to-job worker separates their work from their life, while a career minded individual’s quality of life is enriched by their work, with the two becoming blended together in ways that can be very satisfying.
Posted by David B. Levy at 7:33 AM

Another great post, Dave. I really enjoy all your posts on "careers in animation", I think you usually explain MORE things MORE clearly than I've read anywhere else about the brass-tacks of animation work. Anyway, these posts keep me informed and entertained!

Thanks Tim! This a weird box I've built for myself, but, I really do think about this stuff a lot. I'm glad it's informative and entertaining.

I really began out of frustration with the lack of good information on careers in animation. Career coach/recruitment types had taken over this subject, and I thought it was time for the animation artists to reclaim it for our benefit. We aren't the golden age of hollywood, but we can be the golden age of smarts and opportunity. Maybe that is what will bring on the next golden age, in fact.

Y'know, it's interesting. Recently, I have been pondering about those two routes. Although the job-to-job route is "seemingly" easier, it seems as though we TRULY take risks as artists walking down either path. At least, that's the way I feel.

I suppose the thing that scares me the most is that nothing is ever immediate. Everything takes time, and patience is definitely something I need to work on. However, I wanna do my best to go down the "career path." Sure, I'll have to start off small at first (comic strips, etc.), but this post really got my thinking about the benefits of creating a name for myself in the business. More importantly, it has inspired me to strive for more in my life -- to produce work that is close to my heart. Works that I'd hopefully have the opportunity to share with everyone else as well. As scary as it sounds, I can't help but feel excited. I like being "out of my comfort zone" to some degree-- it makes me want to work harder. :)

Thank you for sharing your insights. It's really appreciated!

Is there an age where beyond which comapanies will not consider hiring a new animator?