Trouble at the Top: The Producers' Dilemma 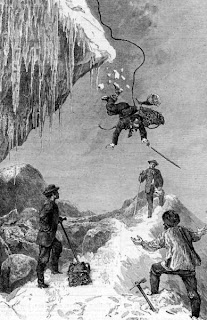 Despite the recent increase in available freelance work across town, those at the top and the bottom of the animation food chain are struggling the most. At the bottom are the recent grads, of course, seeking to break into a difficult industry at a challenging time. I've written a lot on this side of the topic, as have many other bloggers and commentators on the animation scene. So my focus here is the top level workers: the producers. Sure, there are producers working around town, some at Electric Company or other divisions of Sesame, some working on a few series orders at Out of the Blue, and some are attached to studios such as Curious Pictures or Flicker Lab. But, because of a recent 10-year low in NY area series production, many producers are between jobs.

This was first made really clear to me when I attended the last Kidscreen Summit in February, where many of the attendees (if they weren't network execs traveling on expense accounts) were out-of-work producers handing out business cards listing them as the presidents of their own (one-person) media "companies." The savviest among them were aligned with creators and pitching projects (or, as they call them, "intellectual properties"). It made for an interesting vibe because just two or three years before these producers were employed by networks or thriving studios. I could see both fear and excitement in their eyes as they operated in the uncharted waters of a changing media landscape mixed with an uncertain economic recovery.

In the recent past, more of us animation artists would have been connected to their current situation. After all, less series work means less work for all of us. But, animation artists have been more resilient in this climate than our producer brothers and sisters, and I think it's because even in downtimes like this, there's still a decent amount of opportunity through a variety of freelance, staff, and self-initiated work. After all, an animator can be their own producer, but a producer can't be their own animator. Any animation artist that freelances has some producer-like skills such as managing time, setting budgets, keeping schedules, making work deliveries, and communicating the daily status and needs of a job.

The other issue is that many of the studios still standing (in the wake of the decline or demise of big studios) are the small indie boutique-style studios built around one or two animators who, again, tackle producer chores themselves as a natural part of their business model. And, who could blame them? After all, a producer's salary could blow out a whole profit margin, putting a small studio in the red. Besides, small studio owners often go into business to do things their way, not to hire a boss for themselves.

Surely there will always be a need for producers as part of feature, TV series, and commercials productions but, the producers who survive these times of limited opportunity must not only be the best and most passionate at their job, but must also be something they didn't have to be during times of more plentiful work: savvy entrepreneurs and go-getters with a keen ability to build relationships, attach themselves to future work, and understand where the shifting mediascape is heading and how to stay relevant within it.
Posted by David B. Levy at 9:59 AM

Great observations! As a freelance animator, I've been thinking about this topic exactly and responded at length on my blog:

"There seem to be plenty of creative ideas out there in the cloud, many of them being made regardless of budget and audience limitations. We don't need more animator-producers, with half-baked ideas that never get beyond a few thousand views on Youtube. We need a way for the people with the producing skills to effectively team up with the creative executors so that neither party starves in the process and the world is edified by good art."

This is a bit off topic, but I'm always a little surprised at how many titled "Producers" know so little about production. About how films -or animation in particular -are actually "produced".

Pitchmen are important to the creation of the films, don't get me wrong. It's just a title without portfolio these days.

"Jersey Shore" has 25 producers. Another sand epic from 40 years back -"Lawrence of Arabia" - had 1.

Richard, you're on the money. I once had someone recently released from MTV come to me for a job. She knew absolutely nothing about animation and wanted a good salary from me to do whatever she did. pointed out that my intern knew more than she about making films.

Michael and ROC,
That's sobering stuff. The frightening part is that when a producer has no understanding he/she can probably fake their way through it for a spell, where as a person posing as an animator would be discovered as a fraud on the first day.