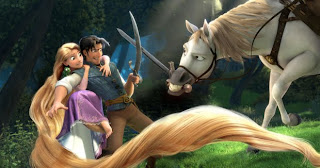 Why We Shouldn’t Undervalue CG Animation
This may shock anyone familiar with the simple graphics and animation styling of Nick Jr’s hit preschool show Blue’s Clues, but I can attest that for the 8 plus years I worked there, any of us animators on the series could spot each other’s scenes. How is that possible? It was possible because even with such limited graphics, movement, and so on, there was much of each individual animator’s personal approach that creeped in––despite the fact that we were delivering an animated product that was made to one cohesive vision and standard. The fact is, when you have people in the mix, their individual achievements will be present.
Traditional hand drawn theatrical animation is not the only instance where individual achievements may be present. The puppeteer creates a performance, as does a stop-motion animator, as does the CG animator working with rigged character in Maya––all without the act of drawing. All of these forms of creating a performance require a person projecting his/her self into something else to bring it to life. Having a pencil in hand is not THE prerequisite for an individual/human presence in an animated film.

What complicates this is that the CG age is still so new that we don’t yet know who our current day Milt Kahls are. But, it’s a mistake to think we won’t. Surely within Dreamworks or Pixar or on productions such as Disney's "Tangled" (pictured above) they already know who these current and future heroes are, and one day we (on the outside) will know them too. In the future, someone will write John Canemaker-style history books and articles explaining what each superstar CG animator did best, lauding individual achievements, and cataloguing scenes. 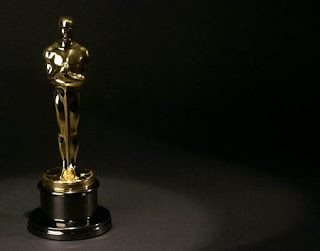 Why the Oscars Matter
It’s easy to believe the Academy Awards don’t mean anything because the very idea of the awards is absurd. After all, what is THE best anything? There's no perfect and fair way to measure something as subjective as art. The Oscars are not definitive. No one award from any festival decides for all tastes what is best in anything. But, the same issue is inherent in any animation or film festival. In fact, the Oscars are simply another festival, albeit the most famous one in the world. Today, indie animated films can be either shared openly online (in hopes of going viral), or entered to compete in the festival circuit. Some try to do both at once (PES is the best example of someone succeeding equally at both at the same time), although filmmakers should be careful to not disqualify themselves by putting their films online because many festivals do not permit that.
My own strategy would vary from film to film. If I have a film that is very short and light in subject or theme, I’d be more likely to share it online and not be thinking of festivals or qualifying for an Oscar nomination. But, if I have a serious film (and we each have our own idea of what “serious” means) I’d enter a ton of important festivals and keep one eye on qualifying for the Academy Awards. I've attended the Academy shorts voting a handful of times and have seen several friends on the list of 30 or so films that qualify for a potential Oscar nomination each year. I can't explain how encouraging that is. It somehow makes the impossible seem a touch more possible.

It's natural to want to achieve what others have achieved. Anyone who works in animation automatically follows in the legacy of their heroes, so the Oscar goal is just a more specific (and even harder to reach) dream within that context. But in practical terms, an Oscar nomination means a lot of visibility. I’d wager that in this age of social networking and online information an Oscar nomination is probably more useful than it’s ever been. A filmmaker can capitalize on such a thing and use it as a means to get more projects off the ground, in particular more ambitious projects such as features and such, which require many partners and funding.

The glamour and glitz of the Academy Awards aside, it's the world's highest profile film festival, and that's the part that ensures its continuing relevance to the indie filmmaker.

This is a very strange choice of subject.
I assume you're considering a move to California.

No, I'm hopelessly in love with NY.

Speaking of Oscars, there seems to be more animated films being made every year (DreamWorks especially). You think the Academy could be convinced to let the amount of nominees for Best Animated Feature be 5 automatically?

It gets frustrating to see that they're hold to a certain ruling of how many nominees are allowed. Just thought I throw that out.

But I do hope to be in the Oscar rankings one day. It's a hard goal, as you mentioned, but it'll make it all the while to work hard and enjoy the journey.

I enjoy reading your insight on the animation industry David. :)

Thanks for the comment. I think the Academy required a certain amount of animated films to have been submitted/released in that year and I believe the year came up one short. I think the number needed is 15 or 16 animated features. If they had that count, you would have seen 5 Best Animated Features nominated instead of 3.